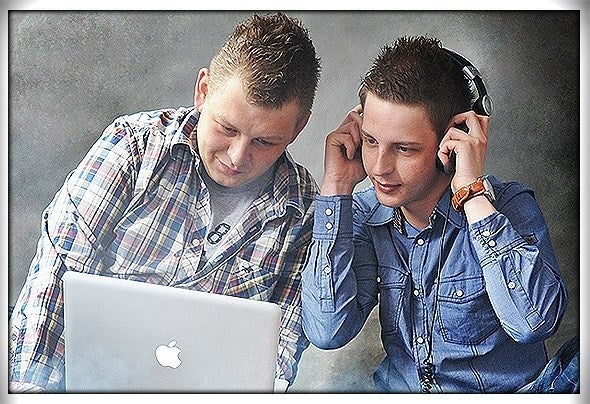 Combine humour with music, add freshness and mixed. Come into being Flip and Flap. This is the proposal for people who are longing for something new. I mean exactly about two remixed personalities who are Tomek ( Thomas XIV) and Mikolaj ( Mike Deen). These nicks show their sense of humour but also their real appearance. Fascination with music push them into joining their forces. The kettledrum where ingredient of their characters are mixing is console. They are throwing into their untypical approach to music, humour, skills and simultaneously ther’re having a lot of fun. Flip and Flap are a mixture of fresh, juicy tech house and energetic progressive house. Their live acts are carefully selected sounds, saving beats join with strong, clear basses. Freshness of their music quickly moves into the dancefloor, create incredible climate wrich will start to dance even the most choosy club member. Music taste of this club we could felt not once in clubs in Poznan such as: Amboseli, Terytorium, Broadway Bydgoszcz, Joker, Lunatic, Cute . Their sets are an energy dose which give strenght for whole night and morning. Tomek and Mikolaj perfectly complement each other just like Flip and Flap. Explosive mixture of delicate, sour and spicy ingredients but all mixed together formed unforgetable tase. It’s tmie to try them