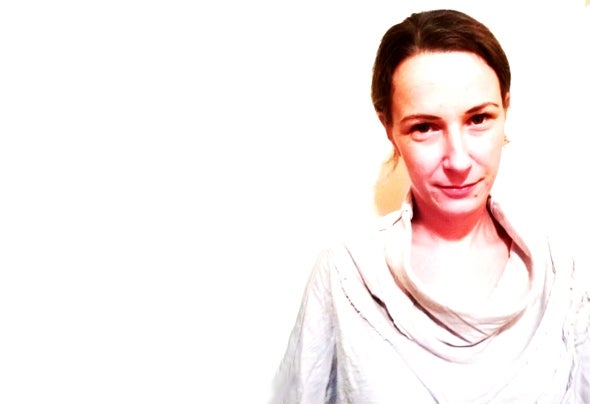 Her carrier started in 1996, she became known in the Hungarian scene as DJ SYLVIE. She was there from the beginning of the Hungarian electronic music scene and grown up paralelly with it during this age. The first decade was just like a rushing train... Her first mixalbum was published in 2000 on EMI, titled PROGRESSYLVIE, she felt important to go every kind of forums to popularize the electronic music in a wider scene in Hungary. From 1998 had chance to introduce her style abroad, she could play some countres e.g. in former Yugoslavia, Austria and the whole territory of Romania from Transylvania to the Black See.In view of her style, this 17 years is about a continuous smoothing mixing style, the pulling dark, deep and progressive pieces composing the main point of her sets, touched on the most species from emotional melodic pieces to dynamic ones.Almost every style can be found on her repertoire like deeptechno, minimal, tribal, epic-, techhouse, proghouse, progtrance, trance spiced with some breakbeat. Some brain music.Producing’definitelyBAD’ was launched in 2012. It is more than a label and it intends to be much more than a cynical statement. It refers to the collaboration of Hungary's two pathfinders: Sylvie and Khristian K . Their music delivers energetic, precisely timed and perfectly portioned emotions filled with overflowing warmth here and there. T hey both like to call their dynamic, unique, cliche free sound Deeptechno. Above these, Khristian K and Fellowtraveller continuously deliver their own sounds.