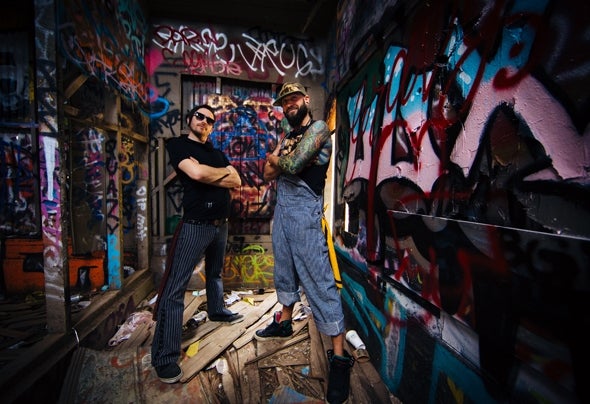 Father Bear is an L.A. based production duo that fuses Hip-Hop with Dirty Trap, Funky Glitch Hop and Booty Bass from outer space.Their stage presence and live performance are a spectacle to behold, as their high energy and crowd interaction - coupled with the nature of their Bear Bounce - is always bound to get the party hyped and the dance floor jumping.Father Bear has performed alongside the biggest hitters in the bass music scene over the past year (Major Lazer, Stylust Beats, An-Ten-Nae, Nero, G Jones, Skrillex, and The Funk Hunters, to name a few), and they’ve just released their fourth studio album, Honey Drippin'.With all vocals and sampling done live and on the fly, Father Bear is an immersive production that turns strangers into Bearcubs each and every time they play. Get some!