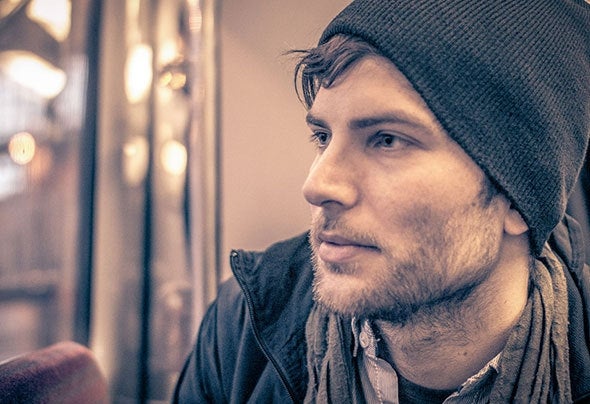 In the beginning of the 90s Stefan Sommerhalder (aka Fan Erhalder) was introduced to electronic music whilst taping tons of pirate broadcasts from early techno parties. A couple of years later, the passionate funk drummer began to abuse his computer as a musical instrument, enabling him to realise his musical ideas without a band. "I started as a tracker composer with tools from the early pc demo scene. 4channels max, 8bit mono samples, you know, no need for bitcrushers back then". His sound is mainly influenced by early Chicago techno, acid house, early rave tapes and classic hiphop. "I combined my favourite elemens from different genres and tracks, stuff I could not get my hands on. This was back in the 90ies, Internet acces was a privileg, not a product yet. So if I wanted my fav rhymes combined with a 303 line and distorted amen breaks, there was only one way to do it: DIY." The minimalistic sound of Wolfgang Voigts Studio 1 series became a massive influence too. "[...] my early music was minimalistic anyway. If you can use a maximum of 4 sounds at the same time (even 4 single drum sounds) you automaticly had a stripped down and minimal sound." In 2002, Singapore, he released his first 12", as head and producer of the subversive performer-collective daftN0!ze, a blend of raw funk beats, rave elements and bits of gangstacore madness. "In 2004 I started playing live PAs under my stripped down real name (Fan Erhalder) with a new sound, proper mixing and 4-to-the-floor was king." Stefan runs the monthly FM radio show SlackJackerz together with Gert 3000 and Aunderwex for over 13 years. Besides he works as a sound engineer, loves photography and videography.www.erhalder.com