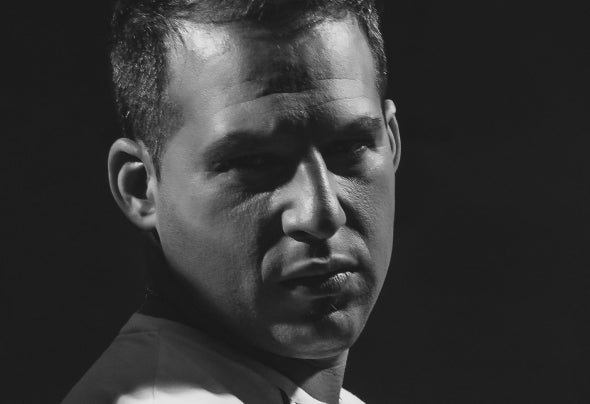 FEB. his real name is (Facundo Ezequiel Baldunciel) Born on 29 September 1982 in Buenos Aires.From a young age his passion to become a DJ, led him to organize private events from his 18 years, and become a professional since 2005 after finishing his career in electronic music school "Sonic".From 2008 begins to be a resident of a weekly under music event called "Enjoy & Meeting" where it starts to add hours of professional experience and share evenings by the leading djs of the Argentina national scene.In 2012 creates a renowned duo called "El3ktro Shok" with another DJ "" Sebastian Palumbo ".After many months of work, gain access to play all the big clubs of the national circuit: Bloody Sound Haedo, Bahrein, Amerika, Privilege, and others, as well as reach Mandarine Club, when "Cristian Casseb" gives them the possibility to share international line up with Dj's like: Beltek, Shogun, Tenishia, Jase Thirwall and Robbie Van Doe, and national quality Heatbeat, Chris Schweizer, Tomas Heredia and Marcelo Fratini.In 2015 after the separation, F.E.B. is again dedicated to a solo career, but dedicated exclusively to gender TRANCE where he began to give his first steps as a producer in the Argentinean Label: "Operator Records", with their EP "Gadza" published in September 2016 and its recent Track: "F ** ck off the Police "with which he had supports of great artists of the stature of Sean Tyas & Heatbeat.Now realeased track in great labels like: Pharmacy, Discover, Soho, Liquid Energy Digital.