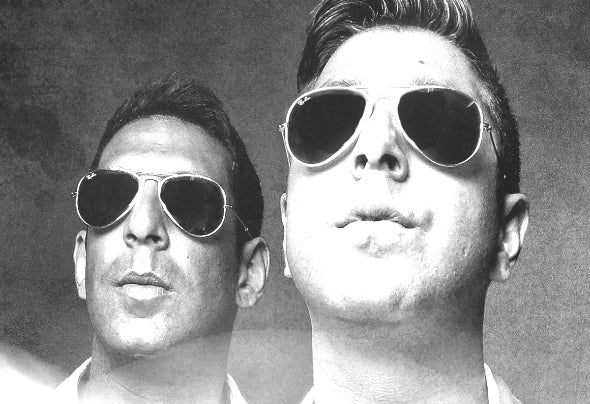 With 20 years of solid credible experience within the music industry, British born brothers, Evo & RST started officially working the London club circuit in 1997 & have since played in practically every notable nightclub in the UK capital. Internationally touring over 40 different cities in the past decade from Miami to Mumbai, to opening a packed house for DJ Mag world number 3 – Avicii at WMC & playing 5 dates at the uber chic Nikki Beach-St Tropez (including headlining the Nikki Beach St Tropez Anniversary party) Evo & RST have not only continued to establish themselves as the fundamental jocks for famous faces, the jet-set, socialites and luxury brands but also for die-hard house music clubbers throughout the world. Having worked alongside many established artists throughout the years, such as Erick Morillo & Roger Sanchez to the legendary Masters at Work, Louie Vega & Kenny Dope - Evo & RST have become a sensation across the globe. As well as their regular international summer spots in St Tropez & Marbella, several new appearances followed in 2016 which saw Evo & RST playing in Abu Dhabi, Milan, New York & Portugal, whilst debuts at the Playboy Club, the O2 Arena & Wyld Club were all triumphant. December closed with an almighty bang as Evo & RST were exclusively nominated to play for a very prestigious Formula 1 team’s party in London for over 2000 guests.