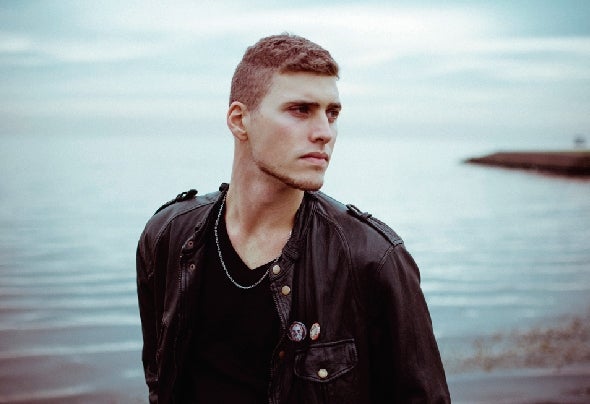 He was born in italy, grew in Argentina and is now based in México City.Since he was a child he had a special connection with music, he spent his days listening to all kind of albums, mostly rock bands like Pink Floyd, Nirvana, The Doors, Deftones, Limp Bizkit, and many others.When he was 16 he started listening to electronic music, specially Progressive House and Techno. Mostly inspired by artists like Hernan Cattaneo, Dubfire y Steve Lawler, he found his way to develope his own sound.The house music's groove, the strenght of Techno, mixed with progressive sounds are the indelible mark of his music.At his 21 he was already playing in some of the best clubs of Buenos Aires,however he decided to continue his career in México City, where he quickly made his way to become the resident Dj in many of the most important dancefloors like Americana, Janis, Tara, in addition to other events in cities like Acapulco and Playa del Carmen.Now he is 25 and has over 100 live performances, including international events with artists like Mind Against, John Acquaviva, Guti, Matan Caspi, Stan Kolev, Natural Flow, Sabo, Pablo Say, Brian Cid, Armen Miran, and many others.He built up his studio in México City, where he spends his days working to improve his sound, teaching new Djs and Producers, sharing his knowledge, techniques and spreading the healthy electronic culture into new music enthusiasts.At the moment his only available track Metal Gear (Original Mix) is out at KMT Records.