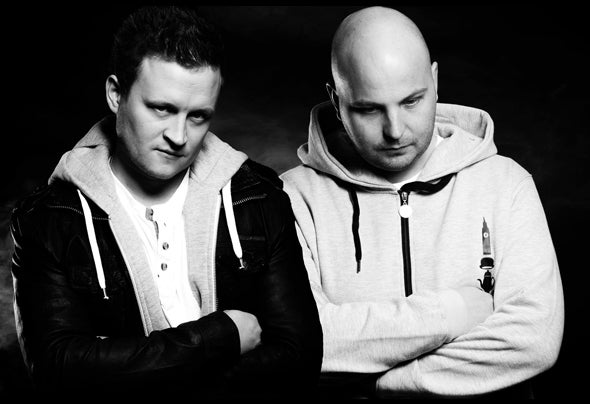 E&G (Espen Gerhardsen & Geir Albertsen) were both born and raised in the city of Tromsø in Norway. A small town to most but known on an international scale. Just above the polar circle, at a latitude of nearly 70 degrees north with total darkness in the winter time to 24/7 daylight in the summertime, It’s seems impossible to not be inspired.From the beginning, music was an important part of their lives and the Trance genre of house music, was from the start, the most natural choice of music for both of them.Geir started with a collection of Trance cd ́s late in the 90`s and went to local clubs to experience big names like Tiesto, Johan Gielen, Sister Bliss, DJ Lars Holte and more. All these influences have taken Geir to where he stands today - Loaded with music experience and ready to take his place in the music industry.Espen spent several years searching the realms of House, until he finally stumbled into the trance genre and found is Heaven on Earth. Since then, Trance music has been a major part of his life and people like Armin van Buuren and Paul van Dyk inspired him most. The next natural step was DJing.The strange thing was they never met until 2007 but quickly found out about their common interest - Trance music. During the next few years, they travelled Europe attending major Trance events. They realised that they should form a DJ duo and hit the decks themselves.Although E&G is new to the world of music, they have been releasing set mixes for 4 years. The mixes have been played and listened to from people from all over the world through the magic of Internet radio stations. So, in the June 2010 they decided the next step would be producing. Their productions have received support from established DJs and producers like Markus Schulz, Aerofoil, Marc Simz, Daniel Wanrooy, Orson Welsh, Arnej, Artento Divini and many more.Their first track set for release was in collaboration with Aerofoil - "Plank Effect". With massive support from Markus Schulz and many other big names in the EDM industry - The track got fantastic response from the listeners around the globe, the official release was Oct 17 2011.They are aiming for their own unique sound and are now looking to progress much quicker so more releases are promised. They also hope to gain more listeners producing and hosting their own radio show - Euphoric Sessions, which delivers the best and newest music handpicked by the guys.Energetic, powerful, pumping sets will include mind blowing tech tracks to uplifting melodic trance tunes and they also surprise with the occasional techno track. They truly believe in giving the audience an amazing experience that leaves them with something to talk about - ALWAYS.