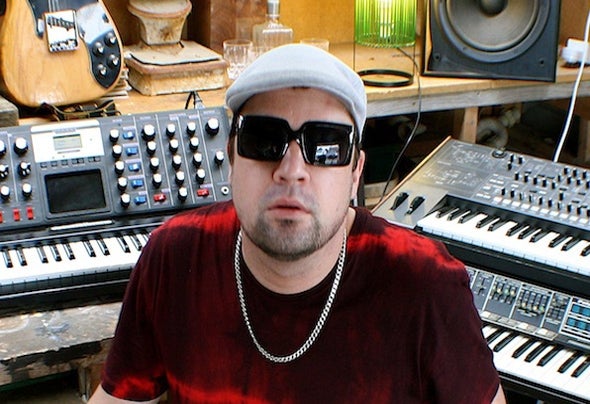 Working from his Ocean view studio in Devon Port (Auckland NZ) Dub Terminator has been dabbling in many electronic genres over the last 10 years.He is now become widely known for his unique blend of Roots flavor Dubstep & future style reggae. In the last 2 years Dub Terminator has brought big names into his tunes, the likes of: Reality Chant & Natty King, John Holt, Yellow man, Sizzla, Jim Nastic aka Jim Brown, Rhombus & Rodney P, as well as an army of newly recruited Jamaican MC's,One of his recent releases “Big up Riddim” taken from the compilation Dub Zealand topped to no.1 on the Beatport reggae & dub charts for 3 weeks and stayed in the top 20 for over 3 months, generating radio play for the Dub Terminator in countries all over the globe.His new album “Babylon Annihilation” successfully combines strong elements of electronic music and brings in influences from “Future Dub”, “Dubstep”, and “Dancehall & Reggae”.The album was recorded over 5 months period, with vocals voiced in JA & riddims created in NZ. Dub Terminator has been touring constantly showcasing his sound system, mashing up tunes direct from the studio to the stage with a hi-tech live setup. This has enabled the Dub Terminator to bring his live DigiDub & Dubstep, bass heavy set to the dance floor with a notable crystal clear sound and some of the most heavy and pure Moog bass in the “land of the long white cloud”.