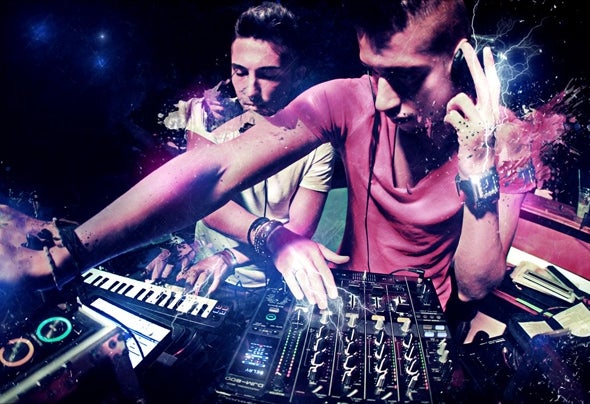 DOUBLEWAVE project is the son of immense passion for music rooted in the soul of the two italian djs and producers Stefano Cassisi e Mauro Frisari. Landed in t he minimal environment as individual artists, they reach important personal targets through both the music production and also through live sets. During a set, the fate determines the convergence of their paths, and in a fleeting moment it creates a personal and artistic synergy that advocates the development of this energetic duo. The results were not slow in coming, their tracks are published by some of the most famous minimal/tech- house record labels, and they are supported by today's hottest djs.Their remixes climb the Beatport's charts several times. To the work in studio they approach the live sets, and playing back to back they give off an energy and a vitality that enhances the audience in a fusion of sounds and gestures. Their personalities, enabling their to exhibit in some of the most prestigious locations in Milan...Currently they working with K-Crash staff, one of the most acclaimed italian artistic staff, and they are resident djs of BLACKOUT, the party that is revolutionizing the Milan's night life!