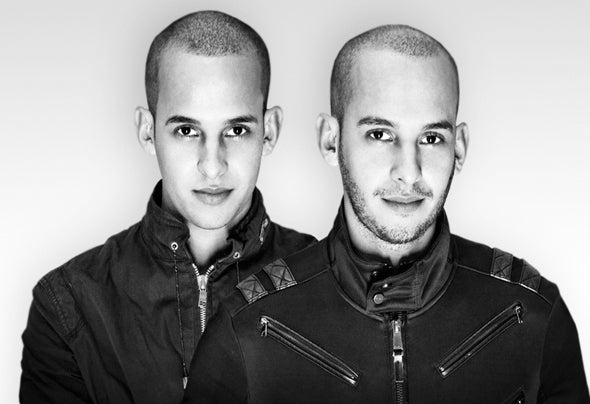 Double Dust (Johsian & Johvan) was born in Puerto Rico June 4 1986, since the 2006 are working in the Electronic music scene. The music is always with them. Johvan & Johsian showed their interest in music especially playing piano at age 8, Johvan joined a rock band in 2004 and Johsian joined him playing drums and developed his melodies inspired by Canadian and European bands. They began to listen to Armin Van Buuren, Paul Van Dyk, Tiesto and decided they can fusion the melodies of progressive metal to electronic music. They start making music in their home studio and started to upload tracks on Soundcloud. They received good feedback and inspire them to move forward more to electronic music. Their work the first remix contest in 2009 for the song on soundcloud (Lionex - Koha Sheron) and won honorable mention of 78 entries, after that began to create remixes of their favorite songs and received good support and criticism. Double Dust never stop producing original tracks hoping to draw attention to labels on Beatport. In March Double Dust sent the demo Abduction EP to various record labels and receive a quickly reply from Eyes Records (Italy). Considering Abduction the best EP to start their new concept (EYE PROGRESSIVE), which is based on the genres of progressive house, electro house and dubstep, Released on March 9 2012. Eye Records opened the doors to the world of digital music for Double Dust. One month later Double Dust send the demo LAND OF THE SUN to different Labels looking for other opportunity in another country. They receive quickly reply from IVERSIA group (HOUSE NATION UK) they love the track and sign. The track will be release on Beatport on June 10 and is getting a lot of good feedback before the release. Now with a wonderful news. On April 26 Double Dust compete for first time in the Indaba Music Remix Kris Allen - The Vision of Love, finishing 6th of 399 entries and won honorable mention. Two weeks later they received the great news that they won best original remix of the track Land Of The Sun (winning BEST ORIGINAL MIX ON INDABA MUSIC & ELECTRONICA OASIS) with 217 entries. Two Great news in our career in less than a month.