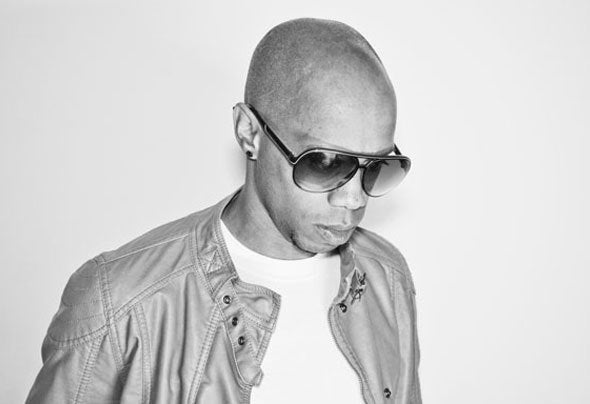 DJ Main is known as one of the most talented DJs out there. A career which first began as a hobby turned into the real thing very quickly. At first he went through life as a professional soccer player , but he always had a lot of passion for music. Besides playing soccer, he was already running a music business where he could feel at home in. After turning to in-house parties and outdoor celebrations the real work began, which were of course the clubs in Amsterdam. List of Plays in Amsterdam: Escape Venue, Sinners, Club Rain, Odeon, Club Home, Club Hartje and Melkweg. He started as an rnb-hiphop DJ but now has manifested himself to an allround DJ. As time passes by so does the music. That's why he can play at any party he wants. Because of this he was able to developed his skills through all the years and he can be considered the most multi-talented DJ. Emphatically said, because he also is producing his own tracks in the studio together with his colleague DJ MEO. Genre's of plays: Rnb-Hip Hop, Pop, Dancehall, Reggaeton, Swingbeatz, Bubbling, Dubstep, LatinHouse, DirtyHouse, Soul and breakbeatz. From the year 2003, the first of his mixtapes on the streets, the Internet and on counters were seen as favorites. So was DJ MAIN's 'From Disco Till Dance Mixtape' nominated as best mix from hundreds of mixtapes that were sent in by DJ's over all Holland. The mixtape is now used by many DJ schools for students to learn the basic of mixing tracks. The effects, the loops, the spinning and scratching is also a skill that he is putting together with his sets what makes the scene more appropiate. He always tries to take the crowd to a much higher level when he enters the stage. Now his apperances are at a much larger range. From north to south from east to west, DJ main is spinning al across holland to share his music with people. As can be cautiously concluded, DJ main is on top of his game now, and will come with more music and mixes that will make him your favorite DJ.