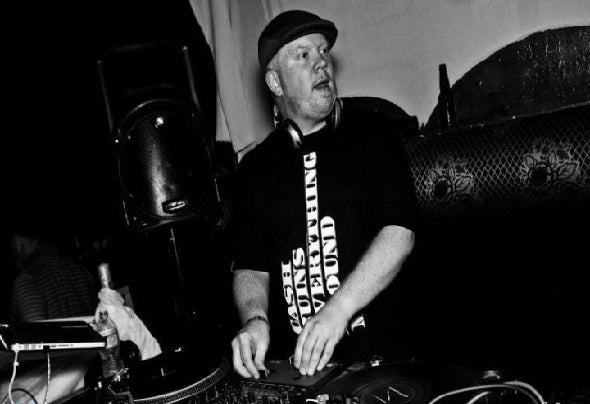 DJ Wood made his name in BC’s drum’n'bass scene, DJing at some of Vancouver Island’s earliest raves and promoting Victoria’s first d’n'b club nights, including debut appearences by old-timers like DJ Phantasy and Kenny Ken. Re-locating to Vancouver in 1999, Wood went on to host “Solar Bass”, HQ Communications’ radio show on Planet Aaj 96.1. He also held a residency at HQ’s “Tecknowledgy” club night where he supported world-class talent like Ray Keith, DJ SS and Bad Company. After Solar Bass went off air, Wood & partners Link, Silence & Kotekan started their own radio show on the same station. “Sunday Sessions” gained a wide listenership throughout the lower mainland & Vancouver Island, and eventually spawned a club night of the same name at Sonar, Vancouver’s premier night spot at the time. In addition to Sunday Sessions, Wood was also a resident DJ for “Zwack!” Fridays at Unit 20, an open-format club night where breaks, d’n'b and hip hop ruled the roost. It was here that Wood first made contact with his future collaborator DJ Soo, an aspiring turntablist & fellow drum’n'bass DJ. In agreeance that the drum’n'bass scene had grown stale and unimaginative, the duo launched a new club night at The Met Pub, “Bangers ‘n’ Mash”, that would allow them to explore their full range of musical taste. After the cancellation of Bangers’n'Mash in late 2004, DJ Wood & DJ Soo were ready to step their game up to the next level. At a New Year’s Eve party called “Mangladesh”, the duo played together on 4 turntables, surprising even the most jaded partiers with their genre & tempo defying set. This set, re-recorded at Wood’s apartment later that month, became the duo’s debut mixtape and has gone on to become a world-wide cult classic. The duo have gone on to play venues all over Canada and support a wide variety of international acts including Stanton Warriors, Bassnectar, South Rakkas Crew and DJ Z-Trip. The year 2005 saw the launch of Wood’s production career. Spurned by the success of their club nights & parties, local breakbeat crew TwentyHz Music were set to launch their record label. For their debut single, head-honcho DJ Soda chose the tune he had been opening his sets with for the past year – “Bun Dem” by DJ Wood. Wood went on to produce another track for the label, 2006′s “Poppa Large”. His third release, 2007′s “Eye No”, came out on the debut single for the UK ‘Nu Funk’ label Goodgroove Recordings. More releases for the now globally reknowned Goodgroove have ensued, along with a slot at the Canadian debut of their world wide Nu Funk club night “Regrooved”. More recently, Wood has helped establish Super Happy Dance Deejays, a crew of veteran DJs who are making waves in Vancouver’s after hours scene. On the production front, Wood’s first digital release has come in the form of a remix for Ohio based artist Ruckus Roboticus, released March 2010 on the Dance Or Die label. Continuing his partnership with DJ Soo and as a solo artist, this seasoned performer shows no signs of slowing down!