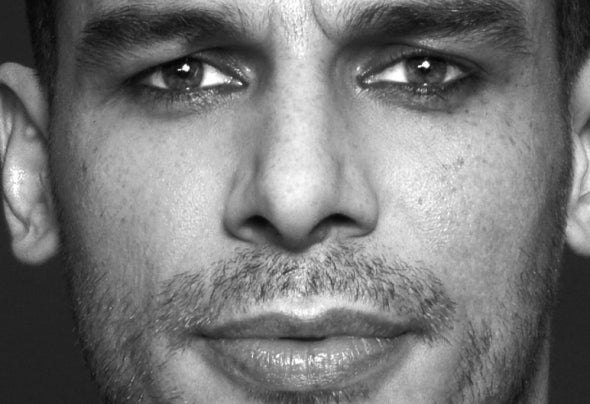 Deep, dark, acid, sexy house music has always been closest to the heart of DJ W!LD. For many, the recent rise of DJ W!LD - the Circo Loco residency, the WMC and Sonar debuts, the joining of Cocoon’s world-renowned roster - has him pegged as one of the most exciting new talents on the scene. To those in the know, the accolades are simply long- overdue recognition for one of France’s long-serving underground house heroes. No matter your perspective, the truth is undeniable: DJ W!LD is one of the most deserving breakthrough acts of recent years.DJ W!LD’s journey began at the end of the 1980s in Dijon, France, via a keen interest in graffiti street culture, disco, funk and hip hop. With a DJ moniker chosen in tribute to the cult 1983 film Wild Style, DJ W!LD’s formative influence was Laurent Garnier; it was Garnier’s unique and all-encompassing style that encouraged DJ W!LD to develop his own perspective on the music emanating from Detroit and Chicago. DJ W!LD relocated to Paris in 1996, where he gravitated towards the DJ booth, playing at popular Parisian clubs Palace, Queen, Rex, and collaborating with Peter Rauhofer as House Heroes, on the international hit "Magic Orgasm".As the growing popularity of ‘French Touch’ filtered house in the late 1990s drew more and more attention to Parisian producers, DJ W!LD opted to not hustle for his moment in the spotlight; he instead poured his energies into the city’s underground club community, during the time of the harshest censorship and government policies. Soon afterwards, disillusioned by Paris’ increasingly commercial club landscape, DJ W!LD began to focus his attentions abroad. He was a regular guest DJ in New York, including a memorable set for nightclub institution Twilo, and from there he ventured further south. In Brazil he attended huge parties with more than 10,000 ecstatic revellers, and he was awestruck by both the scale of the crowds and by their level of enthusiasm for the most eclectic and unpredictable DJ sets. With his faith restored, DJ W!LD returned to Europe and began a residency with Brussels leading tastemaker club Fuse. At the turn of the millennium, DJ W!LD crossed paths with Chris Carrier and Guillaume La Tortue, and their collaborative EP Carnaval/Comestible soon followed. From there, DJ W!LD’s longtime associations with the fashion world led to him composing music and soundtracks for legendary designers such as Thierry Mugler, Christian Lacroix, Vivienne Westwood, Agnes B and Ora Ito, but it was 2005 that proved to be the major turning point, reconciling his much-loved DJ style with a floor-focused production approach. The music of Catwash, the duo made up of Chris Carrier and DJ W!LD, became an instant favourite of DJs around the globe, with tracks finding their way into the sets of Andrew Weatherall, Ricardo Villalobos, Richie Hawtin and Josh Wink, and licensed on Detour, Visitor, Crack & Speed and Get Physical.DJ W!LD established his own solo imprint Catwash Records soon afterwards, but being marginalised by the growing dancefloor demand for electro and minimal fueled a desire to get back into the studio, and sparked a period of intense productivity which saw him completing a new track every one or two days. Many of these productions were courted and released by leading labels Off, Robsoul, Motivbank, Love Letters from Oslo and RAL, the bootleg label created by Ricardo Villalobos and Luciano. In 2009 DJ W!LD was announced as the new resident DJ for DC10’s Circo Loco, and the following year he made his debut at WMC and Sonar Festival. Not long afterwards, Sven Vath invited DJ W!LD to join the Cocoon family, and he went on to show-stopping debut sets in Japan with Circoloco, and at London's Fabric club and Berlin's Panorama Bar.DJ W!LD’s upward trajectory continued though 2011, with the launch of his new label, W, numerous EPs for Luna Records, Magnetic, Adult Only and Soweso, and the release of his acclaimed debut album Palace, which offered a glimpse of acid house, techno, disco and soul through DJ W!LD’s eyes. Heading into 2012, the momentum is showing no signs of slowing: the forthcoming Palace remixes have drawn on the talents of DJ Sneak, Kerri Chandler, Art Department, Radio Slave, Jay Haze, Chris Carrier, SIS and Gauthier DM, his own productions and remixes will be soon be seen on hot labels like Robsoul, One Records and Viva, plus DJ W!LD’s forthcoming sophomore album D!rty, for Cabin Fever Records, will reveal another layer of his sound; one that harnesses the spirit of his energetic DJ sets, and stays true to the spirit of classic house with a view to future-forward dancefloor sounds.DJ W!LD is now a regular fixture of it all: the best international clubs and festivals, the leading labels, the hottest remixes and the sought-after DJ mixes, the press, the hype and the underground chatter. Yet through it all, and into the future the spirit that drives him will remain the same: deep, dark, acid, a little bit w!ld and always sexy music.