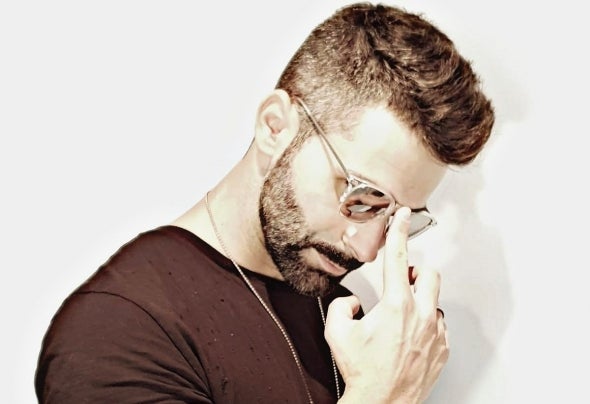 Dj Tony Suárez, born and raised in Seville (Spain, 1986). He started practicing as a DJ at the early age of 13, where he would make his rst professional debut, in uenced by the great musical culture he had received in his family from an early age.A life as a DJ and much of his career as a producer. Their songs sound and are played around the world in clubs and festivals by the best-known dj's, who constantly support their work.His excellent work has led him to work in major record labels such as Bedroom Muzik (United States), RH2 (Germany), Re: Vibe (Germany), Music is the Drug (United States), Gobekli Tepe (USA), LW Recordings (UK), Professional RockStars Records (USA), 1642Records (Hungry), Session Club (US), Digital + Muzik (USA), Puchero Records (Costa Rica), Melomane Records (UK), Balian Records (Spain), Congos Records and Tumbata Records "Pool e Músic" (France), where he managed to be number 2 with his song "The Little Fabia", Bedroom Muzik (Back Cat) (USA), Play This! Records, Re ective Music, Coffeshop Records (UK) where he managed to be number 1 for 6 months with his song with DJ Julio Crz "Rocky Dog", etc..Shares these record labels with artists such as Armin Van Bureen, Camelphat, Tube and Berguer, Dennis Cruz, Tujamo, John Acquaviva, Antoine Clamaran, David Penn, Fedde le Grand, Stefano Noferini, etc ..., also together Some of these DJs and others of great renown have been part of compilations like Miami Guide Club, etc.It is common to listen to it on world radio and share sets with many of the aforementioned DJs. He has presented his sets in a large part of Spain, Café del Mar de Mallorca, Ibiza, Madrid, Sitges, Barcelona, Seville, Alicante, Torrevieja and etc... Currently working on tracks and remixes with great new international record companies with a great projection. In his tracks and scenes he emphasizes the underground sound in the Tech- House style.Worldwide booking for his performances, the agency of London Deeplomatic Records.