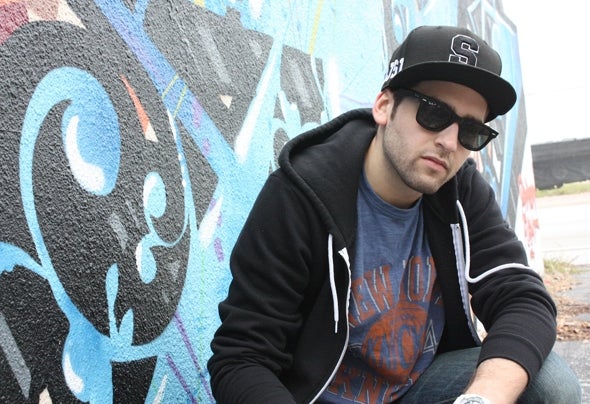 For over a decade, DJ S1 has been impressing partygoers and music lovers with his signature mash up mixes of Hip Hop, R&B, Reggae & Rock and now has his sights on taking the House music scene by storm. As an apprentice for DJ & Radio Personality, Felix Sama, he studied the art of DJ’ing at Sama’s Rhythm City Music School at a very young age. Upon graduation, DJ S1, then known as DJ Slik, was invited to perform on WPOW Power 96.5 FM’s legendary mix show, the 6 a.m. Traffic Jam, which then led to several more guest appearances. It wouldn’t take long for DJ S1 to get back on the radio and in 2004, The Flava in Ya Ear Show was born, which aired on 95.3 FM, 88.1 FM, & 96.9 FM. As the popularity of his radio show began to grow, DJ S1 was invited to appear as a monthly guest DJ on the former hit TV show, The Roof, which aired on NBC Universal’s, MUN2 television channel. With plenty of radio and television appearances under his belt, he released numerous projects that featured celebrity guest appearances by Alicia Keys, Sean Kingston, Pitbull, and Lil Jon to name a few. The buzz surrounding the young DJ even caught the attention of Estee Lauder Companies, who decided to hire him to perform at their various launch parties for Sean “P.Diddy” Comb’s Sean John Unforgivable fragrance throughout Latin America. While he’s managed to achieve such accomplishments at a very young age, DJ S1 felt that it was time to shift gears and embrace his passion for producing and remixing House music. Inspired by the sounds of Roger Sanchez, Junior Vasquez, Danny Tenaglia, Chus and Ceballos and Steve Angello, he began producing and remixing for House labels all over Europe, such as Music Zone Digital, Purple Gate Records, and Clubstream. In the short time that he’s been producing, his releases have been featured on iTunes, Beatport, numerous blogs, as well as on compilations, such as ZYX Music’s The Kids Want Tech House 2 and Beatport’s Exclusive July 2011 Progressive House pack. All while trying to make a name for himself as a producer, he’s managed to maintain his roots as a DJ by establishing what would become his signature Get House’D Radio podcast. With over a million listeners worldwide, the Get House’D Radio podcast is currently syndicated on the Focus on the DJ channel that’s available on the cellular radio networks for AT&T, Sprint, Verizon Wireless, & US Cellular. If you prefer to listen to the sounds of DJ S1 on the World Wide Web, you can also tune in online at www.focusonthedj.com., www.gethousedradioradio.podomatic.com., and www.mixcloud.com. With tons of projects in the works, there future certainly looks bright for DJ S1.