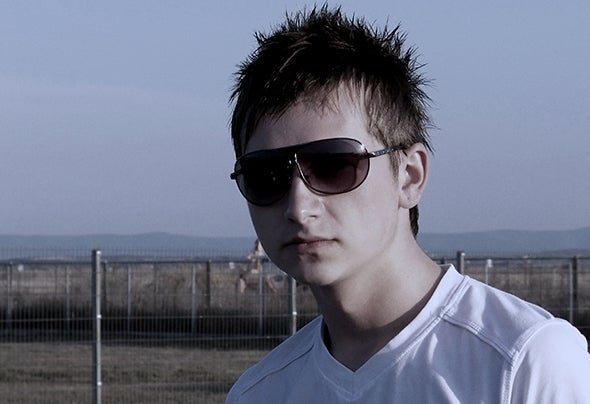 DJ Flashboy (real name: Alex Balogh) was born on the 19th December 1990 in Romania, Satu Mare city. He discovered his addiction to music in the early childhood, watching the music TV channels, like MTV, VIVA, M6, when he already dreamed about becoming a DJ one day.In 2005 he began to mix electronic music at private parties and venues, being influenced a lot by the actual Funky / Latino House flavours. In 2007, at the age 17 he already gained succes with his own radio show, called Funky Beats broadcasted at Radio DJ Romania with exclusive electronic music, having guest DJ’s like: Michael Gray, Milton Jackson (UK), Stereo Palma, Sterbinszky, Bruckmann, Budapest Deep Cafe (HU), Optick, Mihai Popoviciu, Carlos (RO), and more others. In the end of 2008 he signs a contract with the Sundesire Digital Records and releases "The Feeling" EP in colaboration with Funkyboy. After a short time they released an official remix too for Cj Wega's “Night In Ibiza” released at Metronix Recordings. In the following years, he mixes as resident or guest DJ at some of the most important clubs and venues of his city, including The Score, London Pub, Dolce Cafe & Club, Insomnia, Inside, Casa de Cultura GM. Zamfirescu, The One, and more others. Simultaneously he has guest mixes at radios, like Tribal Mixes Radio (USA - Chicago), Vibe FM 92.1 FM (RO, Bucharest), Radio 1 103.9 FM (HU, Budapest), JustMusic FM (HU, Budapest), Radio Impuls 101,5 FM (RO, Cluj-Napoca), Radio Transilvania 99 FM (RO, Satu Mare), Radio Impact 92,3 FM (RO, Satu Mare), and more others. In the summer of 2009, he has the opportunity to mix at one of the biggest music festivals of Romania, HOUSE PARADE, in Timisoara, where were 8000 clubbers. Being the youngest DJ from his hometown, with own radio show, own tracks officially released, mashups, and regulary gigs, he captured the mass media's attention, having interviews and appearaences in the local televisions, radios and newspapers. In 2010 he debuts as event organisator starting the "Vocal House Session" party series at Inside and Club Infinity, where he performes too. Meanwhile he becomes the host of “Decadance” radio show on Pro FM Dance with Marius Onuc. In 2011 has started the newest radio station of Romania with exclusively dance music, called Dance FM (Bucharest 89.5), where DJ Flashboy has his own mix- show every tuesday from 22:00. In 2012 DJ Flashboy becomes one of the most appreciated mashup artists from Romania making a lot of fresh and unique house mashups that were played a lot at parties and radios in United Kingdom, Scotland, Germany, Slovakia, Hungary and Romania by reknown DJ's. Approaching the end of the year DJ Flashboy releases his first individual EP, "Different Ways" at Stereo Palma's label, DaceMania Recordings, that is available on all important online music shops around the world, like Beatport, iTunes, DJShop, etc.