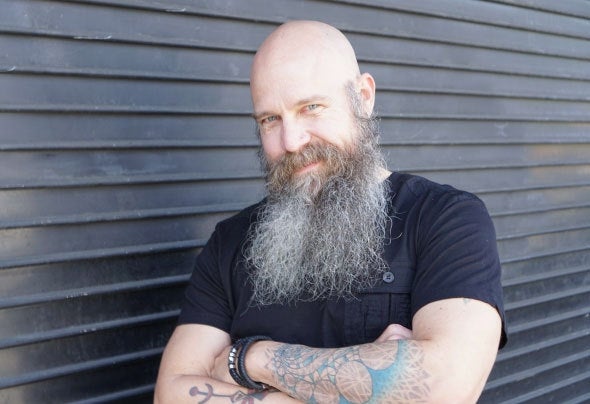 DJ F got his start behind the decks in 1992, splitting a pair of Tech 1200's with MING that they bought from Stryke in Miami. His production career started around 2000. He's played most every club in San Francisco, as well as two appearances at Coachella in 2012 and 2013. Known for incorporating his live sax and guitar work into his DJ sets and his contagious sense of fun as a performer. His critically acclaimed Destination Lounge San Francisco CD series put him on the map for showcasing local talent in the house and downtempo scenes to a national audience. He has produced remixes for artists such as Ethan Klein, Hawke, Romanowski, Artemis, Tila Tequila, Sutro, Girls of Film and Church Williams. As a horn player he's had the pleasure of performing and recording with artists such as J. Boogie's Dubtronic Science, Late Night Sneaky, Andy Caldwell, Rick Preston, Julius Papp, M3, Garth, Jeno, Ribotto, and more. He also played lead saxophone for the 15-piece disco band called Superbooty for a dozen years.