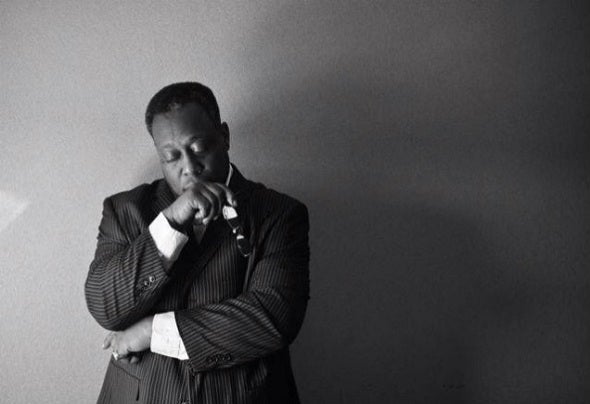 Originally from Brooklyn, New York, DJ Big Dose's love of music started very early in his life. From the house parties that his parents threw to the late nights listening to Mr. Magic & Marley Marl on WBLS, DJ Red Alert & DJ Chuck Chill Out on WRKS, the Latin Rascals on WKTU & The Awesome Two, these early influences shaped the musical outlook of DJ Big Dose. He started spinning records after watching his cousins from the Bronx perform turntable tricks and he was amaz ed. At that time, he knew that was what he wanted to do for the rest of his life.After ruining his parents 45's & 12" records, DJ Big Dose finally saved up enough money to buy his own gear. Big Dose's professional career began in 1988, during his freshman year in college. In 1989, he got his first opportunity in radio at WRFG – 89.3FM (a 100,000 community station) in Atlanta, Georgia. He spun avant-garde uncensored hip-hop on a late night show. From 1990 - 1995, he joined the Rhythm & Vibes Crew at WRAS – 88.5FM (Georgia State University). The Rhythm & Vibes Crew (Randall Moore & Talib Shabazz) changed the landscape of hip-hop in Atlanta, by being the first all hip-hop show in the region. In 1997, DJ Big Dose was hired at WVEE – V-103 (thanks to DJ Chip), as a part-time on-air personality, evening show producer & mix show DJ. After leaving V-103 in 2001, he was hired at WBHH (the first all hip-hop station on the east coast), Norfolk, Virginia, as the afternoon show host. He spent the next 10 years, within the Clear Channel Norfolk cluster as evening & night show host at WOWI (103Jamz). He also was midday / afternoon show host at WKUS (KISS-FM). He is currently the Promotions Director / Afternoon Host on WVBE VIBE 100 in Roanoke, VA. His all-time influences are Frankie Crocker, Greg Street & DJ Jasz (legendary DJ in Atlanta). These DJ's were instrumental in teaching him HOW to effectively spin music and what it took to be a compelling & entertaining on-air personality. Big Dose spins, disco, house music (classic, trance, electro, dub step, garage, progressive, etc.), dubstep, reggae, R&B, reggaeton, Top 40, salsa & merengue, hip- hop, dirty south and DC go-go. His style of spinning is smooth transitions and tight mixes that keep the dance floor packed. With his recording studio rebuilt, his "REVOLT" dubstep was released on Calamity Of Noise Records on February 28, 2012 and is available on iTunes & Beatport. His first full-length album "The Road Less Travelled" was released under the Kingdom Digital Music Group imprint on Traxsource on January 14, 2014 and on iTunes & Beatport on January 28, 2014. His remix EP "The Nigel Christopher Project" was released on March 11, 2014. He still spins at various night clubs across the country and occasionally across the globe