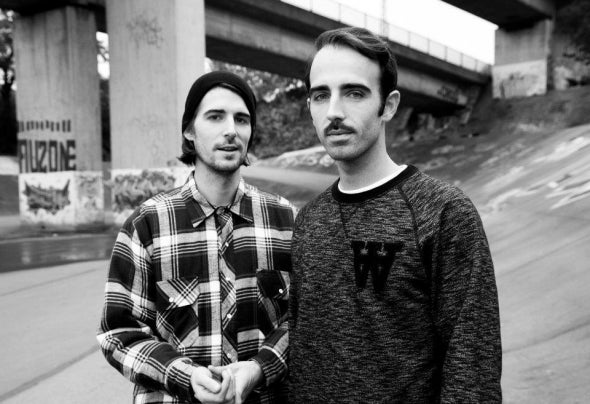 Deo & Z-Man are bloodbrothers from Hamburg with Italian roots. They grew up influenced by different styles from hip hop over psyrock to italopop. Now they blend eveverything in an inconceivable and multifaceted way to release music on various labels such as compost and opsm. Known for impressing live sets, enthusiastic dj gigs and innovative produktion skills, they never dedicatedthemselves to a single genre but preserved their extraversion to any kind of quality music. That let their spread expand and makes them always sound unique and fresh.In their younger days they already got in touch with the cables and technics of their father's studio, a rock'n roller of the good old 60s school. Based on this and fascinated by the 90s hip hop youth in school, they fastly figured out that their heartwas banging for beats and rap. Soon they produced their first grooves and showcased on hip hop jams. But as Deo & Z-Man begun to discover urban clublife, their musical horizont got broadened. Kicked by the diversity of good electronic music they started playing regulary at the legendary Pudel club Hamburg, Golden Gate Berlin or the renomminated Fusion festival. Still influenced by Hip Hop and other music styles of their younger days they do energetic and creative DJ sets and analoge live-shows, playing their own tracks and compositions while the vast energy infects the crowds of countless cities. Always open minded and never sticking to acertain style the authentic brothers completelydevelop and interpretate their own definition of a lively and colourful sound dedicated to listeners and clubbers with attitude and style coming straight out of their own musical cosmos.