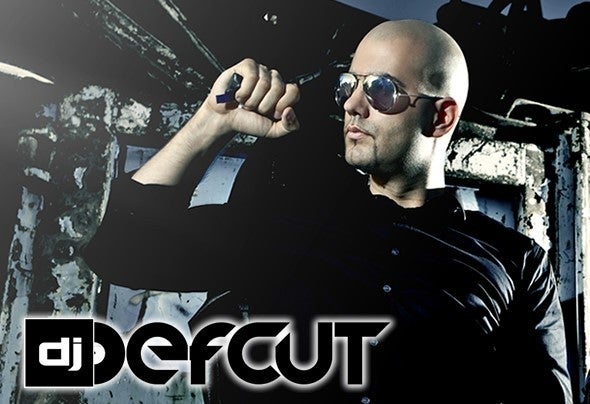 Looking at the artwork of his albums, one could think the streets of New York are his home, but in reality Def Cut is from Basel City, Switzerland. He'd certainly fit into the Big Apple - after all Def Cut is a well-known name among Hip Hop-DJ's, MC's and particularly Breakdancers from the United States to Japan. Born on the twenty-first of october in 1977 in tranquil Basel, nobody could foresee his big reputation two decades later. In 1984, the american motion picture "Beat Street" showed Def Cut his way to the upcoming Hip Hop-culture and from that moment on, Breakdance and Turntablism formed the center of his life more and more. He's breakdancing and starts to mix records. Deciding between homework for school or scratching on the wheels of steel is no big deal...As time went on, Def Cut concentrates on the production of tracks. In 1996 he's buying his first sampler, which is becoming the heart beat of his creative work. In the same year "On the run", the first and already legendary 12"-vinyl is released as a production together with DJ Jones. Two years later he publishes "The future" as a first song on the german "Battle Of The Year"-soundtrack. With massive beats, high-speed-scratches and best performance- sampling his name is a guarantee for B-Boys around the world. Def Cut samples everything that ain't nailed down and is producing one track after the other for the heads in thes cene.After a tour and many contributions to various compilations he releases his first album "Return to burn". As a result, Def Cut builds up his own studio in Basel and is becoming the king of breakbeats in Switzerland. He spins the wheels all over Europe, takes care of the set-up of a native Hip Hop- label and supports swiss MC's with tracks and scratches (Tafs, Greis, Dynamic Duo...). His outstanding scratching- skills are also to be found side by side with Mix Master Mike (Beastie Boys), Beatjunkies and DJ Z-Trip on the "Return of the DJ"-album.Not only Hip Hop-fanatics count on him, but also Brit Pop- bands such as "Slimboy", the House DJ-crew "Rhythm Royal" and the "Disco Dandies" got notice of his beats and employed him to do remixes of their tracks. In july 2001 "Return to burn" was released in the USA by the Indie-label "Bomb records". On the basis of a distinct distributing net his burning breaks are also to be found in Japan, Great Britain, Korea or in eastern Europe - worldwide...aight!!!