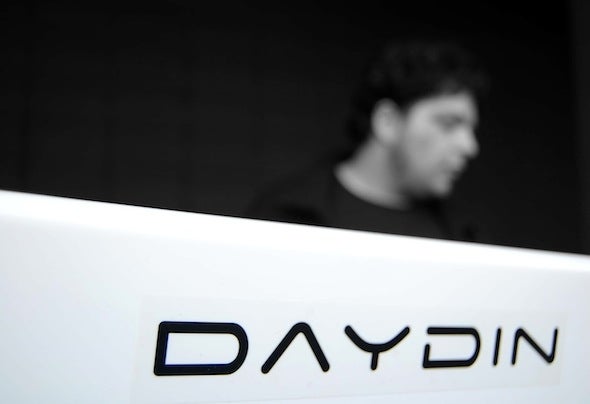 Day.din aka Deniz Aydin started his musical career not only by kick-drumming with about 4 and a half month before birth with a hard driven 4-to-the-floor beat as his mother keeps telling with her eyes rolling, no, he also joined the house infected party crowd when he was about 16 years old, totally impressed by what he was exposed to on psytrance parties. In an instant, he let his half-eaten strawberry cheesecake fall to the ground, left his former world behind, jumped onto this new explored electro express, screamed "This is the love that is catching me! From now on, half my life will consist of the rapture for this rising love!", then he listened carefully while the twenty-first floorbeats pop up and started to dance! The rest of the story is short in the telling. He began to deejay, had long and nice nights with his personal vinyl selection on the tables and then he started to produce his own sounds in 2002. Since then, things happened quickly, the first release came up in 2004, the local Hamburg scene recognized him and his increased musical skills brought him to his present state: Being one of the most demanded progressive trance acts around. Playing his gigs all around the globe, releasing tracks on many different labels, creating several albums - which got all to release on his home base record label, Spin Twist records - influencing the whole psytrance scene with his sound and last but not least: he plays music to make sure that you'll keep smiling and that your feet will stomp! See you on the dance floor! ;-)