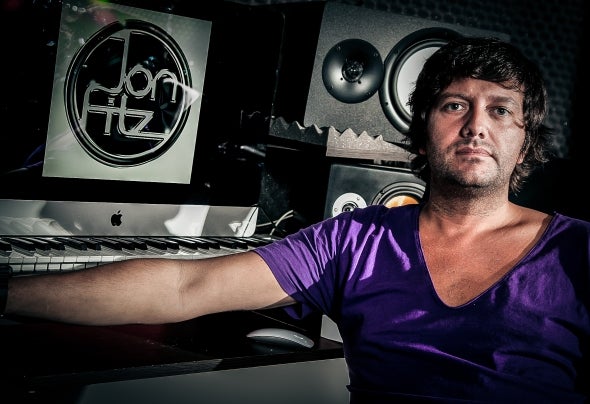 A man that needs little introduction, a skilled DJ, successful producer and highly accomplished musician and performer, combine these with a sharp mix of wicked personality, positive attitude and awesome passion we give you... Jon FitzNot only is Jon a DJ in his own right, with a relentless schedule of gigs in the UK and abroad, with notable appearances at Space and Pacha Ibiza, Godskitchen, Gatecrasher, Miss Moneypennys, Creamfields, V festival and Glastonbury, he’s also an established bass player touring the world with the Bodyrockers (I like the way you move UK number 3) the highlight of which being the closing ceremony for the Melbourne Commonwealth Games, plus adding his writing skills to their album. Jon’s also a backing vocalist and singer/ songwriter with a number of A listed hits in his repertoire, and last but certainly not least, he’s one half of chart topping house duo HERD&FITZ.Nominated as best breakthrough producer in the 2006 House Music Awards, his creative talents have seen him remix for Robbie Rivera, Toolroom and Ministry of Sound Hed K andi, Strictly rhythm plus many more. Jon’s Herd & Fitz anthem “Just Can’t Get Enough hit Top 10 in the UK charts, while his credible floor filling house tracks and remixes rocked dance floors around the world.