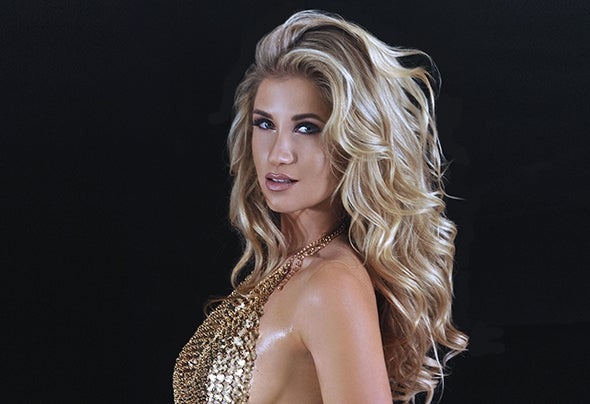 tionHailing from Riga, Latvia, and being raised in Germany and the UK, the multilingual singer/songwriter and actress, is already moving the international music scene. Splitting time between her education and her music career, she appeared on TV music competitions, including Germany’s Popstars in 2001 and ITV’s Pop Idol, Season 2 in the UK. During Popstars Darja gained significant publicity in Germany. Darja decided to put on hold a solo record deal offer by East West Records, owned by Warner Brother, to pursue a BSc in International Relations at the prestigious London School of Economics and Political Sciences. While still in college, Darja participated in ITV’s Pop Idol (Season 2), where after her performance of Shakira’s “Underneath Your Clothes,” Simon Cowell drew a comparison between her and Shakira: she possesses “that certain X factor,” and as a result, he states, “as a pop star package, I think it was excellent. Very good.”Her love for acting on stage led to her receiving an Associate of Occupational Studies from the prestigious Academy of Dramatic Arts in NYC.Having lived in 5 different countries and speaking four languages fluently, this multi-dimensional globe trotting singer, songwriter and performer, is a true citizen of the world, who pours her soul into sounds of haunted nostalgia one moment, and the sound of wild carefree ecstasy, the next.Through Zilos’ single, “Summer Breeze” featuring her scintillating vocals, Darja has shown she is pop music material listeners can instantly fall in love with. Her new single “Rise Up” has just released and is already generating massive media attention, and is produced by the accomplished producers of The Practice Worldwide, who have produced and written songs for artists, including Miley Cyrus, Mary J. Blige and Shakira among others. Stau tuned for her upcoming Music Video for "Rise Up", which is a visual feast directed and edited by Gaudens Zulu, the editor behind the music videos of Nikki Minaj.