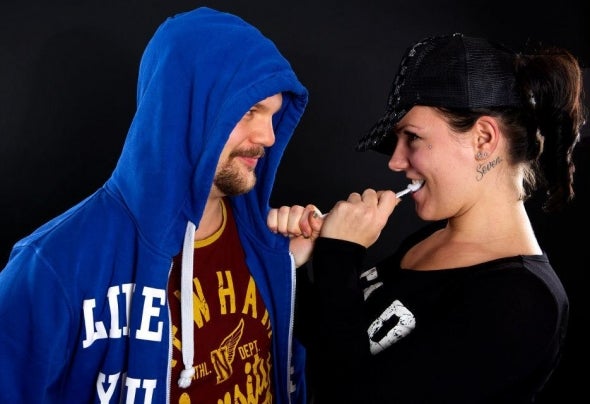 In a small studio on the Swedish countryside Daniel B & Seven can be found composing and writing their music, It's mostly about melodic trance, with influences of some modest progression woven in to their tracks this couple is something between Rogers Shah’s balearic and Aly & Fila’s melodic bangin’ trance. Once the studio got it's significant upgrade this duo started to shape and mold andthe result ended in an airy spacious atmosphere with melodic balearic 138 bpm production, wich is their common signum and brand.Daniel was only a youngster when he came in contact with the world of music. 1996, christmas eve to be accurate. Daniel fell in love with, at that time, the new and rapidly growing electronic music. This very night he got the album “Homework” by Daft Punk as a christmas gift from his sister and, well lets put it this way, If not for that album he would never have started producing music. Beside Daniel's interest in EDM he has an instrumental background from several bands in his youth, with this in mind Daniel is truly a musician and not just a producer. Miss “Lucky number” Seven, she is the girl who grew up with music all around her. With a grandpa, mother and uncle all gifted with music skills, the apple didn’t fall far from the tree. A father who always played music on a daily basis (always maxing the volume) she was surrounded by the sound of melodies and rhythm’s. Music became Seven’s way to express herself and with music she'll tell her story in her way of wild emotions, deep fears, passion, love for life, family, friends and everything around her.Many have had their eyes on db7 wich is Daniel B & Seven's brand and signum, and with great support they really have a prominent future, as individual artists they can be found under aliases such as Seven/Sevannah/Seven Palmberg and Daniel B/Antidote/Daniel Blixt, so keep your eyes open!