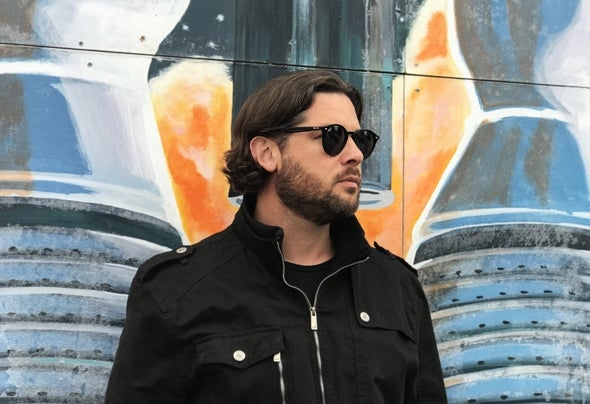 "With a sound that is hypnotic, dark and euphoric, D.J. MacIntyre is a champion of progressive electronic music in its varied forms. His musical art is the synthesis of life experiences gathered during explorations of philosophy, Indian mythology and winemaking. Synthesizing musical elements is at the heart of the art of DJing: “The mix expressed reflects the mix within." Not only are MacIntyre’s DJ sets borderless in scope but so too are his productions, often incorporating various influences and stylistic blueprints. As a producer and remixer, D.J. MacIntyre has, in a relatively short period, produced a substantial body of work and is only gaining momentum with time. His debut album, “Tandava," planted his flag in the electronic music landscape. Subsequent releases have received acclaim from some of the world's most prominent DJs, having been found up and down the Beatport charts. Well-traveled as a DJ, the Santa Barbara, California resident has performed worldwide: from Burning Man to Moscow, Playa del Carmen to Siberia and all across the United States, including New York, Dallas, Oakland and Los Angeles. He is equally at home in a dark basement club as in an open-air festival. D.J. MacIntyre also wears the hat of record label founder, having formed the boutique label SLC-6 Music with the mission of building artistic community through the release of top quality music from producers he meets on his journey.”