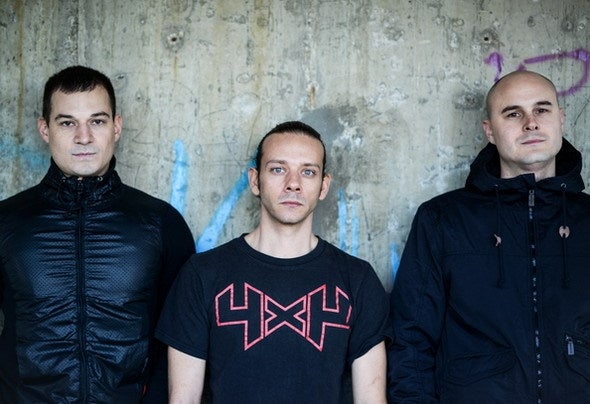 Ever since they came together these guys are on a mission of pushing forward the techno sound in Serbia . The DJ's behind Concrete Djz became involved with electronic music in the late 90's. One thing led to another and in 2003, as residents of Club Akademija,the idea came to create a group now known as the Concrete Djz. Since then, they have been responsible for numerous organized parties in Serbia in the period of 2003. - 2011. In this period their sound could have been heard on events and locations like EXIT festival Serbia, Ovo je Moj Grad MTV festival Serbia, Dance Industry Studios London, The Orange Peel Wales, Nightgrooves Croatia, Proactive Montenegro, Kommunity London, Balkanfest Macedonia, Renesanz Bulgaria, Basstation Italy, Techno Resistance Brazil, Edit:Tehno Serbia... Their style is T ECHNO, free of boundaries yet defined, ranging from dark beats to pounding grooves, as they combine the most diverse elements of the sound into a whole with an edge on power and intelligence.After their debut release on Betamax records in 2006 their tunes were soon played by some of the most respected artists in the scene which gave a whole new level to how they approached studio sessions. To this day, behind them are over 20 vinyl releases and countless digital apperances for some of the exciting labels in Techno. Next to performing and producing they are also heading Armatura Records, and are hosts to Beton Podcast online.