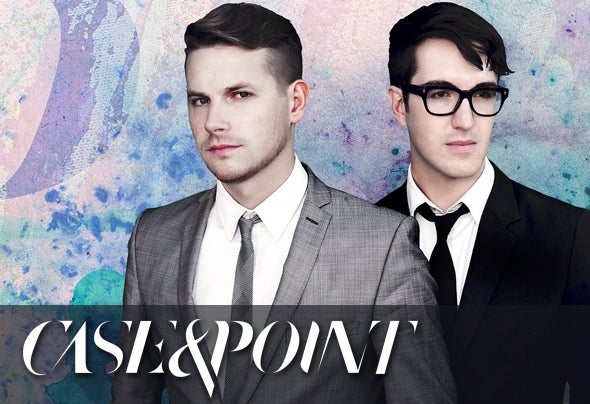 What started as a conversation between two longtime friends over a glass of whisky, has quickly transformed into something very real. In the first six months of their partnership, Case & Point made a huge splash in the dance music scene with their bootleg remixes of Radiohead, Icona Pop, Miike Snow, and the xx, all charting on HypeMachine, and garnering over one million plays collectively. T heir signature sound of combining thick and heavy basslines layered with prime-time ‘hands in the air’ riffs and lush synth lines applied with a tastemaker's touch has quickly attracted tens of thousands of followers and the attention of industry heavyweights like Laidback Luke, Tommie Sunshine, and Terravita. Looking forward, 2013 is shaping up to be a massive year for the duo, with an EP of original material, an official remix of Doctor P’s huge track, Bulletproof featuring Eva Simons, which already hit #1 on the HypeMachine popular chart, as well as forthcoming remix for Jesse Marco and Bingo Players. No artist is too big for Case & Point to strip down and reinvent for dance floors across the globe... as long as the room is big enough to hold it.