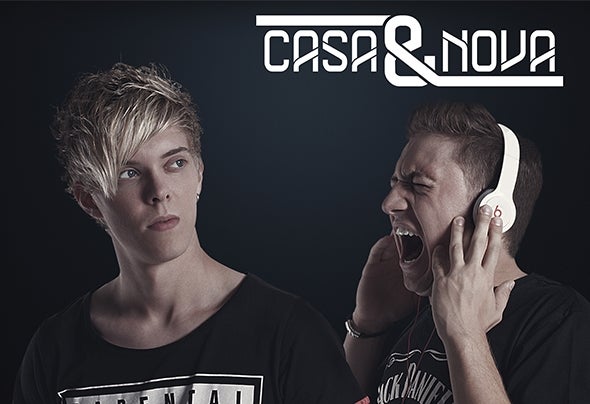 Nico also known as "Casa" and Fabian also known as "Nova" are two House/Electro DJ's and producer which are not referred as newcomer. Nico always played many instruments like drums before he started djing. Fabian started immediately with djing. Due to their versatile style of music they are welcome everywhere and bring the dance floor with lashing beats and their seemingly never-ending party mood to rock. Also next to the djing the two are unstoppable in producing music. After the merger with Marc Kiss they starts a successful project named "Trashfunk Rockerz". With their debut single "Word up!" (Mental Madness Records), Trashfunk Rockerz have not only managed to do a cover of the Band namend "Cameo", but also a well mixed remix package, where are no people can't stop dancing so fast! But also so that they both give no means satisfied! After successfully delivering their debut single, "Come on" (Zentimental Records) Nico and Fabian also managed by its proper pseudonym "Casa & Nova" in national and international dance scene.