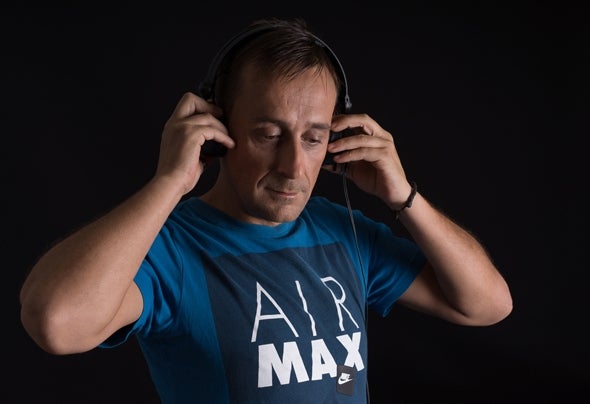 DjBrutec, Bruno Valenzuela, is a young dj and producer from France. He’s been living in Granada for more than twenty years. In this city, he first heard Techno music and since them he became interested more and more in electronic music. Then he started to devote his life to produce great tracks and amazing sets to drive their followers crazy. Therefore, he has managed in less than one year to produce for very important Labels: AK RECORDINGS, INVICTA RECORDS, INT UIT ION RECORDING PT, UNAFFECT ED RECORDS, SOUNDLAB, DARK SHARK, ESSENCE RECORDINGS, LW RECORDING, CRIT IKALT ECH RECORD, ANALOGIKAL RECORDS y VOLCANICST ECHNO RECORDS, his tracks have reached a good place on the Top 100 in the Beatport and DjTunes.Initially, he was influenced by DepecheMode, Ben Sims, Carl Cox and David Moleon, among others. His great self-taught personal potential has reached a personal style with defined lows and powerful drums. The Groove is a very important impact factor in his tracks, besides his very overwhelming sounds.The public of some of the most important disco in Andalucía (SalaTren, SalaQuilombo, SalaEmporio, etc.) has enjoyed his sessions, addition to the listeners of the radio “The Break Factory FM”and “Territory of Crush”.DjBrutec has achieved an unstoppable rhythm of production this year, this rhythm is predestined to grow and grow the next year.