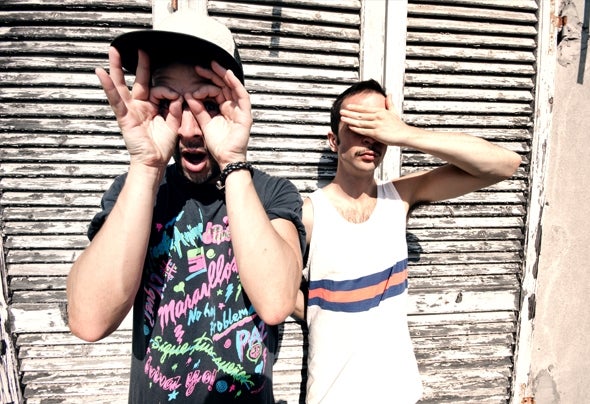 Two of the most eclectic and upcoming djs and producers of the club scene Made in Italy. Owners of the underground label Yuma Recordings alongside Luper & Elia Crecchi. Bruni & Danielle represent the perfect creative union that you can expect between two brothers grown up together. Their style is a crescendo in deep & tech house sonority with funk and electro influences that reminds to the “cult” sound of 70′s and 80′s dance music.In just one year of activity as producers they released on well-known international labels like Noir Music and Area Remote (historical Amsterdam-based label who promoted artists like Butch, Kabale Und Liebe, 2000 And One) and on their own Yuma Recordings, giving them the chance to see the world as international artists.In 2011/12 season they appear as special guests in some of the coolest club around in underground panorama, likeT he Egg (London), Tenax (Florence), Hyde Park Cafè (Tampa,USA), Sullivan Room (New York,USA), just to name a few of places where they performed in the last U.S.And Europe tours. For 2013 NYE, they have been chosed to be the special guests for the official exclusive Pacha party for the italian territory, and in January ’13 they performed the second official Yuma U.S. Tour touching cities like New York, Tampa and Denver,In the meantime, their label “Yuma” fastly become the italian- based reference for deep/tech house style, obtaining great support by most of the top producers around and featuring on Beatport official banners & charts.This notable success, with the support of radios, blogs and magazine of the industry, makes Bruni & Danielle one of the most appreciated italian act in the club scene, worldwide.