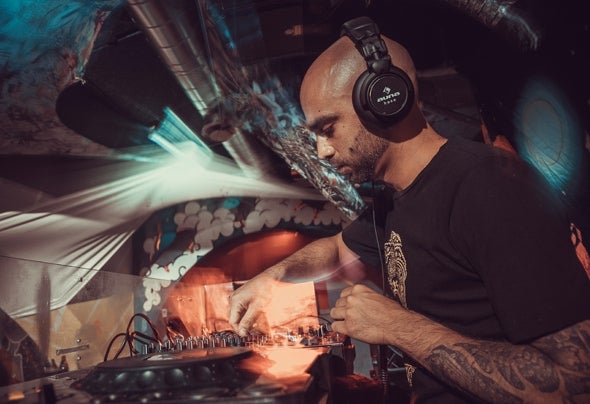 BROKO BROKO, also known for his darker Redy project, is a Producer based out of Belgrade, Serbia. His music can be described as Progressive Trance with elements of Forest and Industrial. After several compilations, in 2014 Broko Broko released his first album called “Planet Knob”. Since then, his music was released for Dimensional Records, Woorpz Records, Madmuzik Records, BAM Records etc. Recently he became official live act for Tandava Records. Stay tuned for his upcoming album! Never afraid to be unique, his intense musical selections are his own therapy. Born as a perfectionist and growing up with his mother, who tried to direct him towards hippy culture, as she was one of its followers, Broko Broko ended up with quite a mixed spectrum of musical influence. Driven by unrestrained and perpetual passion for music, along with his Redy project, he creates and performs continuously for almost ten years. Through all the countless hours of self-taught mixing, the end result and the reason for his enhancement is the determination to please the audience.