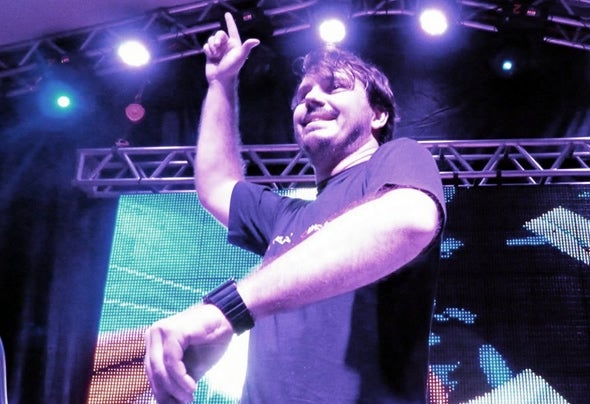 Frank Kintela, better known as EFEX, began his career in 2001 after extensive research in the field of electronic music, starting playing at events (Raves, Festivals, clubs, partys Privates) then started off his career as a music producer, having experimented with various rock bands, pop, hip-hop .. and participation in various works of music by local artists. beginning in 2005 gave the courses to dj where he graduated in 5 states of NE region more than 116 DJs. then released his first professional project of electronic music LIVE (BLACK MAMBA) with the style of full on psy trance night. in 2012 and is releasing his latest project LIVE: (BROKEN BOX) with the style Progressive Trance which covers various aspects of the progressive trance bass lines with remarkable sound and mesmerizing atmospheres.