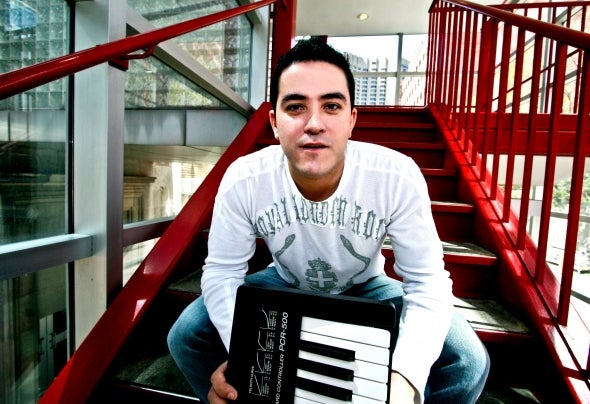 Brad Machado (Dj Brad Machado) is a producer/ Dj from Toronto Canada. Born in the suburbs of Toronto, Brad's art for music began at the young age of 5 as pianist and singing in a band through his piano school.Over the past 10 years of his music career, Brad began to unfold the art of songwriting, and production. His first debut single came in 2003, when he released “Want you now” with SPG Music. “Want you now” was also featured on “Freestyle Heaven Vol 5” and also circulated on Toronto’s Z103.5 Radio station.With many original releases and remixes as of to date. Some of his unofficial productions got many people buzzing his name around. Such as his remix to "Ne-Yo_Beautiful Monster", "Adele_Someone Like You", and his 2012 rendition of the classic 80's smasher "Party All The Time" .His production style varies from Big room progressive, to the new tribal techy sound which lately has been a big inspiration to Brad. Throughout his years in the industry. This young artist has received much support from his local Toronto market including names like; Matteo DiMarr, MC Flipside, Jake Chec, Dekoze, and international names such as; Tiesto, Markus Schulz, Tom Noize, Axwell, Above & Beyond & Paul Van Dyk.