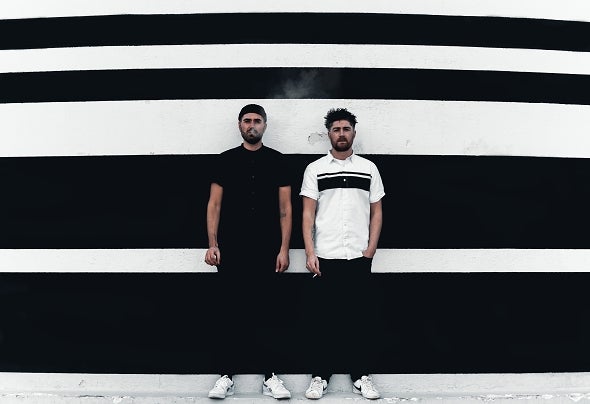 Bor & Mar is a Lyon-based duo formed in 2013, composed of two childhood friends who share many common passions, including electronic music production. Their productions are between the Ghetto house, House & Bass, styles in uenced by producers from Birmingham or LA. Their notoriety is partly due to their musical productions released on Punks Music / Gold Digger labels / Black on White / BROKEN / Tons & Tons / 3000 Bass etc. They are also active on the international scene (particularly in Germany) but also on festivals (Demon d'Or, Reperkusound, Riddim Collision, Nuits Sonores...) and have several co-productions with international producers. They shared the stage with artists like Rezz, My Nu Leng, Bloody Beetroots, Taiku Nulight, Julian Jeweil, Preditah, We are Nuts, Lodge 21, Distinkt and many others. They've been running BADLAND parties for three years with Candy Groove. The purpose of these events is to import what they love most in the world into their beautiful city of Lyon, an innovative music and dance oor style. Their biggest satisfaction is to see the enthusiasm and excitement around their shows that now ll rooms like the Ninkasi Gerland.