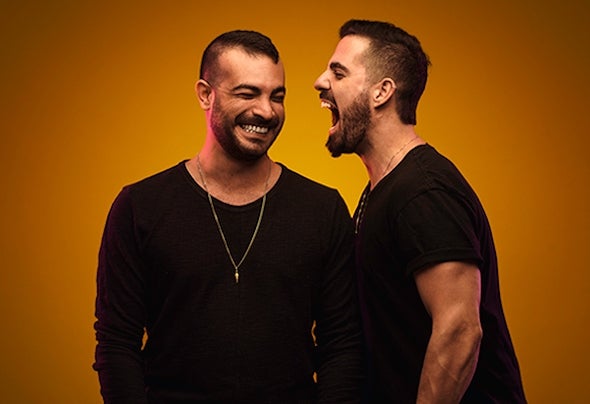 A brand new electronic music group with the former main producer and founder of the successful JETFIRE project. BOOMBASTIX (founded late 2017) – A prodigious DJ and producer act from Tel Aviv! When DJs/producers Zohar Bartov & Roni Levi met at a festival and played together several times, they decided to team up as a group.In previous projects they have worked with artists like Lil Jon, Alvaro, Tony Junior, etc, and released tracks on the biggest major labels (Spinnin’ Records, Ultra Music & Armada Music). They played all over the world at the biggest festivals (such as Tommorowland & Mysteryland) and got the support from the biggest DJs in the world (Armin Van Buuren, Tiësto, Hardwell, David Guetta, Afrojack, Avicii, W&W and KSHMR to name a few) and hitting the Beatport charts with top #10 releases. Their unique sound and high-energy performance, combined with a Live electronic drum show and high-prole music, guarantees a memorable experience! BOOMBASTIX marks 2020 as a big year with high-profile releases, great collaborations and performing at the biggest festivals. Without a doubt, BOOMBASTIX was created with sharp, experienced and talented artists to give the audience "the best music combined with unique LIVE performances".