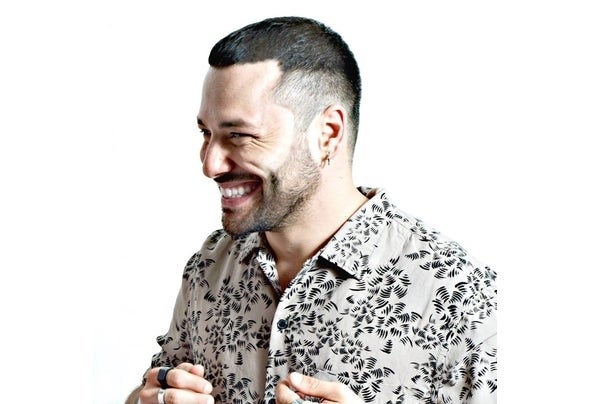 Self-taught musician, Dj and Producer, Bohemien can definitely be qualified as a polyhedric and inspired artist. Listening to his sets, which are involving and full of positive vibes, it is impossible not to notice the strong sense of empathy he feels with the audience.His passion for music was born in the streets under the influence of disco and funky culture. His personal discovery of musical technology led him towards a strongly influenced, techno and house rhythm, which he achieves by using sequencers, synthesizers and drum machines. Alex started his career in Dj in 2000, and in the production world in 2004. Has had the opportunity to perform in some of the best clubs in Italy, as well as in Ibiza, London, Barcellona and Berlin, likes : Duel-Club (Italy), Golden Gate (Italy), Metropolis (Italy), Arenile (Italy), The Egg (London), Shoreditch Platform (London), Cafe Del Mar (Ibiza) and many more. Playing in the clubs has had the opportunity to share the console with: MAW, David Morales, Todd Terry, Tedd Patterson, Roger Sanchez, Dennis Ferrer, Nicole Moudaber, Monika Kruse, Davide Squillace, Eats Everything, Miguel Campbell and many other international djs. Currently he have released on great labels such as : Superfett, Mother, Lapsus, Abode and on her own label imprint Phaze Records. Alex entered forcefully in House and Tech House charts on the best digital stores, the latest releases have created a huge hype around his name, so much to bring him to sign up on big labels for the upcoming releases. Important for him was the gig at the private party for closing of Amnesia Ibiza, represents an important step for his career, where he shared the console with Davide Squillace, Eats Everything, Martin Buttrich, Mar-T and Luca Donzelli. Currently, Alex is focus on his project, aimed at spreading the importance and power of music, creativity and the respect to the life's order as core values of life.