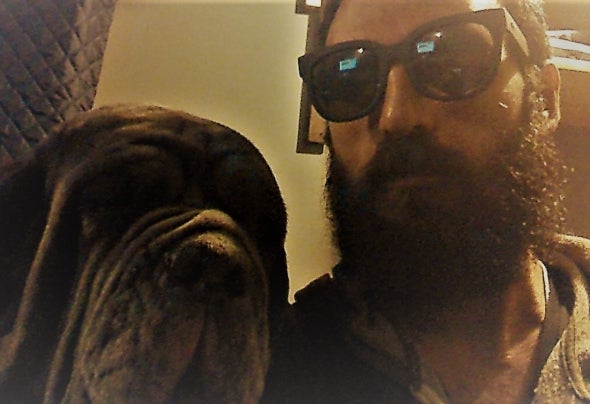 BIG SUR BASS|MOSES REDWOOD|DJ Burnt ReynoldsBorn in Egypt, DJBR aka BIG SUR BASS aka MOSES REDWOOD is the producer, composer and recording artist Moustafa Omran. Starting his music adventure in the late '90s, young Omran had his rst U.S debut when his Single 'Crazy Over You' was picked up by DJ Paul Oakenfold, a then very popular Artist who had his own dance music label, Perfecto music. Shortly after the single was released on December 2002 on 'Perfecto chills vol. 2.0'.10 years later the Artist returned to the studio to release 'From Big Sur Bass with love' a 3 single ep with bass heavy and left eld breaks infused dance tracks for lovers of bass and chunk, which was quickly picked up by Late Night Sneakin Records. Omran went on to conceptualize iShta music and brie y with the Sunset District Recordings and many other underground a liations and in the process became an ever so diverse, multicultural talented beat maker, DJ & Performance Artist. His DJ skills and great music selections have earned him spots in various clubs and bars around the world. There isn’t a form of music which has not touched and inspired creativity in his soul which resulted in many collaborations with various talent from all over the globe. No matter where this man is or what genre he's exploring, you are going to love it.Currently BIG SUR BASS is in the studio for the nal touches on his Third North American release ' From Cairo to Cali ', a dark and moody body of work ranging from warehouse dark techno to synth disco and even some left eld west coast house music bass heavy unusual riffs and very progressive use of synth effects and polyrhythmic patterns be tting of Burners worldwide!