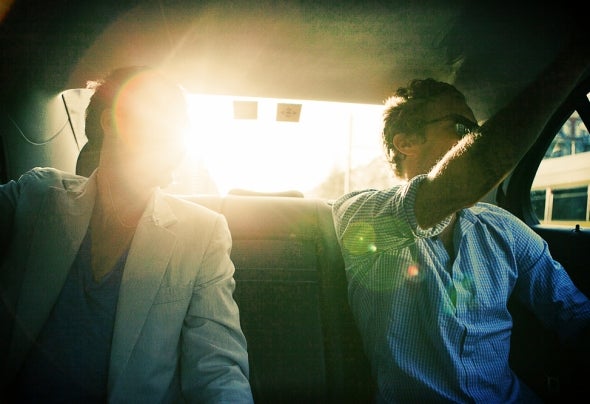 Benoit & Sergio produce dance songs that sometimes seem like musical open letters: editorials narrated in the voices of unidentified, yet totally recognizable colorful characters, read aloud against a backdrop of beautifully lush, warm and sensuous electronic pop music. The unexpected juxtaposition of such pristine production and lyricism exemplifies why Benoit & Sergio are one of the most unique and interesting outfits in dance music.Not content to make DJ fodder, the duo draws from influences mostly uncommon to the house and techno zeitgeist: bands like The Talking Heads, Pavement and Roxy Music are all sources of inspiration, along with electronic acts ranging from Daft Punk to Ricardo Villalobos. All these influences resonate clearly in their music, joined by a kind of sexualized melodrama that makes its way into lyrics about loneliness, French girls, wine and Ferraris.While some of their lyrics might speak of loss or loneliness, the past year has ushered in a room crowded with critical accolades: iTunes Breakthrough Electronic Artists of the Year; RA Top 10 Live Act; DJ Forum Breakthrough Artists. In addition, Benoit & Sergio had four different singles-- 'Everybody', 'Principles', 'Let Me Count The Ways', and 'Walk and Talk'-- variously charted in top 20 year end polls, including DJ Mag, Resident Advisor, and Mixmag.The duo have currently been hard at work in the studio on wide ranging new material for their debut album, slated to be released next year.