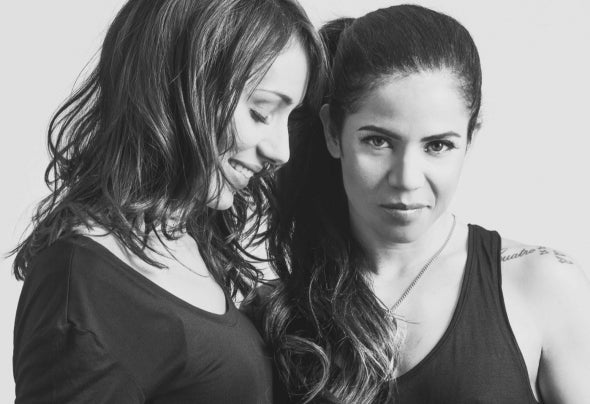 BELLE & BEX have taken a long-standing friendship & love of House music and forged a colorful musical partnership. There’s an obvious passion and fidelity for the underground House scene which comes from years of working the London club circuit. It was one night at ‘The End’ – the late, iconic nightclub – where the girls met back in 2005 and the rest is history. Originating from Puerto Rico, Belle clearly brings the Latin spirit whilst a French / Sri Lankan Bex keeps things cool, calm and collected. The duo have long cemented their roots within the underground scene; holding down a residency at cult label night 'Zombie Soundsystem' and guest spots for Superfreq and Ministry of Sound as well as supporting acts like: Matt Tolfrey, Infinity Ink, Frank Roger, Russ Yallop,WaFF, Mr.C and DJ T. Their début track 'Cold Sweat' was released in 2015 via 'Chromoza Recordings' and hit the No.9 spot on the Tech House Chart. Their current remix 'About Time' is out now on 'Spring Tube Records' and is a deep take of the original for electronic DJ/Producer Emiliano Martini (Puerto Rico). Spring 2017 sees their follow up original 'All Over Ma' released as part of the 'Different Attitudes' label Miami Sampler.