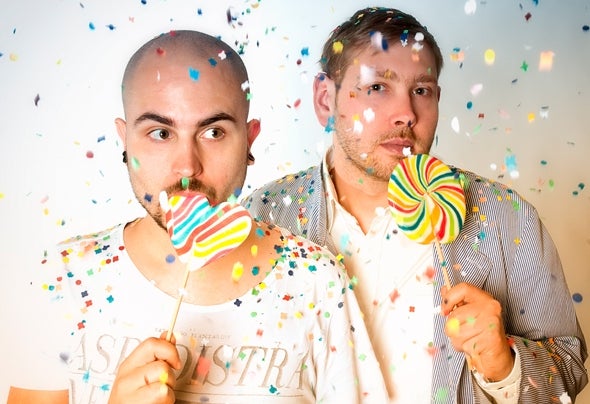 “Bara Bröst” (literally “just breasts”) is the name of a cultural movement of Swedish feminists, pleading for women to be allowed topless in public. Up-and-coming Berlin based producer duo Benjamin Quint and Markus Schwarzbauer love the movement so much that they chose to endorse it by adapting the name for their production team.“We found our common ground in House because we appreciate and respect the high standard of present productions. We grew up with all sorts of different styles like Funk, Break-Beats, Hip Hop, Jazz and stuff that we stumbled across in our fathers’ record collections. Subsequently, the main criteria for our music is that it must be entertaining. It should touch you on an emotional level, no matter what tempo it is based on or how clever a sound was created. Otherwise producing tunes would become as mundane as working the assembly-line.“ Bara Bröst tracks are by no means hasty one-timers.After successful releases of two albums (“Elephancycle” (2010) and “Kokolores” (2012)) on BBE Records they are working on numerous remixes and single releases on a bunch of new labels at the moment. On special occasions Bara Bröst form an outstanding electroniclive act showcase (Bara Bröst & Band) together with their singer and vocalist Conan Kowalski and their piano player Jonathan Moore.They earn lot of appreciation by regularly putting out edits of disco tunes and rare pop songs which are available as free download on their website. They also express their love for exceptional pop music in their favourite excoursions: The La Boum - Lazy Afternoon Mix Series. The studio mixes vary between different genres and eras, belt together by relaxed and smooth house.