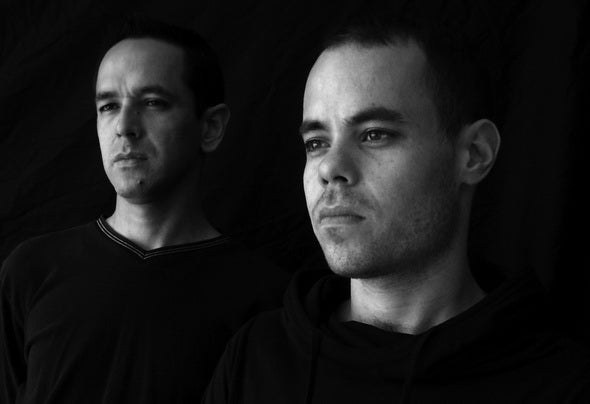 Gabriel and Marco have been friends for many years in their hometown of Guadalajara, Mexico. After many years of DJing and producing solo or in other partnerships, they decided to join their forces. The results have been huge.After just one year working together their unique sound is now being played out by some of the most respected DJ’s including: Maceo Plex Droog, Dj T, Danny Howells, DOP, Luciano, Alex Niggemann, Richy Ahmed, M.A.N.D.Y, Audiofly.Their have released on labels such as No.19 Music, Hot Waves, Leftroom, Soulfooled, Dirt Crew, Noir and Disko & Akbal Music.2012 kick started with two tracks on the No.19 Spring Sampler - ‘Obsession’ & ‘Stalker’. These are apt titles as since then the whole dance community has been obsessed with their deep house outputs!In June they featured on Leftrooms Left’d ‘The Psychology of a Steady Road EP’ with Jack Riley and Newbie Nerdz. Their EP opener ‘Steady Road is a disco tinged house groover while their collab with Newbie Nerdz ‘Hey You’ explores a slice of low slung future funk complete with a full bodied bottom end, anthemic synth line and pitch affected vocals samples that narrate a tripped out story.Earlier this year Maceo Plex said the following about the hotly tipped Mexican duo, “These guys are very close to writing a big hit...I can tell!” For most that moment arrived some time ago but for the hard to convince it most certainly has now: soon they will release on Jamie Jones and Lee Foss’ esteemed label Hot Waves with a summer smash called ‘Island Eyes.’ A collaboration with Montreal via London female duo Blond:ish and Bastard Love. This track is a perfect rolling Summer burner with warped woozy vocals.Upcoming projects include a track on the new Flying Circus compilation and a remix for label owners Audiofly. They will also drop an original track on the legendary NYC label – King Street Sounds and continue their relationship with Art Department and Nitins’ No.19.With such support and such quality to their productions, the recently formed partnership of Marco Balcazar & Gabriel Sordo will undoubtedly be a force to reckon with in the future!