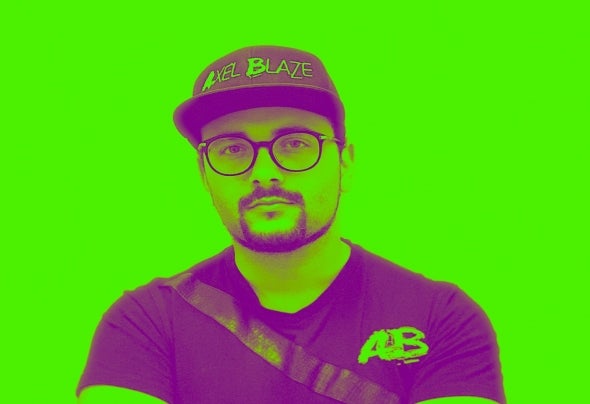 Axel Blaze, a young DJ who joined the world of electronic music in 2009 at the age of 13. He lives in Colledara, in the province of Teramo (Abruzzo) Italy. In 2010 he began to study the basics for the DJ, the music, timing, mixing and so on, so as to be able to remove many whims and improve with time. At the end of 2015 and early 2016 he began to study Production at the Italian Academy of Music / DJ in Rome and at the same time continued to study Music in private with a music professor, to improve and learn things that were needed in the production eld, such as: Melodies, Agreements, Tones and so on... During these years (2010/2019), thanks to his desire and his passion he has been called to play in some popular clubs in the area and not, which have allowed him to take off many fancy: - Albula (Teramo) - Beach 75 (San Benedetto del Tronto) - Babaloo (San Benedetto del Tronto) - 10.IT (Teramo) - Place (Val Vibrata) - El Recuerdo (Colledara) - Coffee Sport (Colledara) - Blue Moon (Montorio) - Villa Soa (Roseto degli Abruzzi) - LYD EDM - Festival (Calabria) - Tour Music Fest (Rome - Milan - Turin) - Hard Rock Cafè (Florence) - Manakara (Tortoreto) - TSUNAMI Festival (Marche) - Il Bello Della Musica Festival (Marche) - The Groove Music Festival (Abruzzo) ... Some of these evenings played together and shared the same console to: ANGEMI, Axwell Λ Ingrosso, Steve Aoki, Tigerlily, DELAYERS, Lush and Simon, Stefano Fontana etc... In addition to animating the evenings, with its performances in EDM and truly overwhelming sets, in recent yearshas also produced songs and shared them with its fans, through all platforms music and various social networks with good results, but has continued to publish others with great successes in social media, digital stores and music platforms: (Search "Axel Blaze") -YouTube -Spotify -SoundCloud Thanks to all those who support me and even friends that support me, you guys follow me and stay tuned to everything. bye bye FaNs ♥