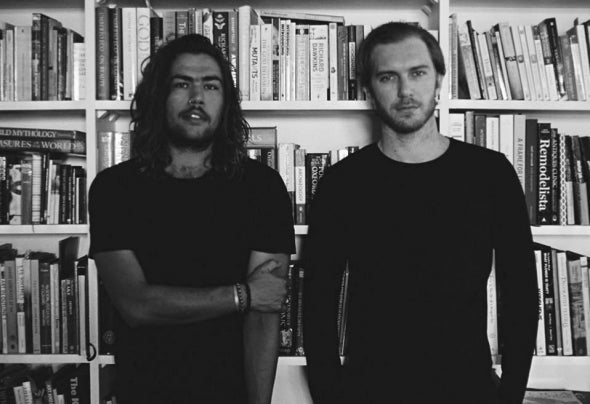 Electronic duo Atelier excel at riding out chill-wave to a cooler, moodier sound.  Atelier was conceptualized by childhood friends Alexander Inggs and Jas Miszewski whose love of analog synths, drum machines and effects pedals is revealed in a hardware-heavy live show. The project is a platform for combining their differing musical backgrounds – a drifting blend of indie, folk, house and techno with an underlying maturity that emerges in their frank performances and honest productions. In September 2018 they released their debut EP ‘Something To Fill An Hour’ through the Berlin based imprint LOSSLESS owned by Mathias Schober and Thomas Herb. The label heads as SBTH and sought after Perel added dynamic remixes to the EP. In July 2019 they contributed a colab track with Mathias Schober entitled ‘8 Floors Up’ to OUTBOUND.3, a compilation record released by LOSSLESS including tracks by Ian Pooley, Frankey & Sandrino and many more. Their full debut LP entitled VARSAM COURT was released by LOSSLESS on October 11th, 2019. The ‘STFAH’ EP, OUTBOUND 3. and VARSAM COURT are all distributed by Muting The Noise, owned by Dixon & Âme of Innervisions.