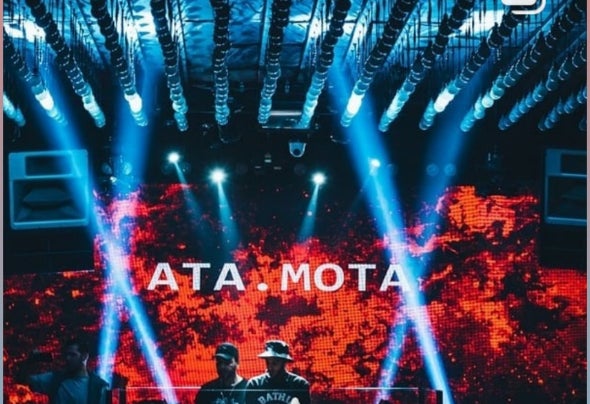 Ata Mota is a DJ/Music Producer coming from the country of Iran. He began his career in early 2000s, under his former artist name, Dede, and currently had 20 years of experience. However, as an Iranian DJ back then, the dawn of his career did not always walk on a flower road: some national restrictions forced him to keep a low profile to avoid possible problems. However, these boundaries never stopped him from doing what he loves. His aspiration to bring in positivity and excitement to people through the melodic form of art and putting together stories and statements within music has triumphed over hardships to inspire him to become a DJ and producer His very first producing experience began with Hip Hop Music, the musical notebook that brings him back to his upbringing with 90s Hip Hop jams. He has cooperated with some of the nicest underground raves. His career saw a musical shift as he transitted from Hip Hop/ Underground to Dance Music, particularly House, Tech House, Techno. That was when Ata truly yearned his significant commercial momentum as his most popular track stayed in Ibiza Dance Hits Chart for 4 years and was replayed by many global DJs. Ata Mota never stopped evolving musically, as until now he has expanded his musical experimentation into Acid House, Hype Music