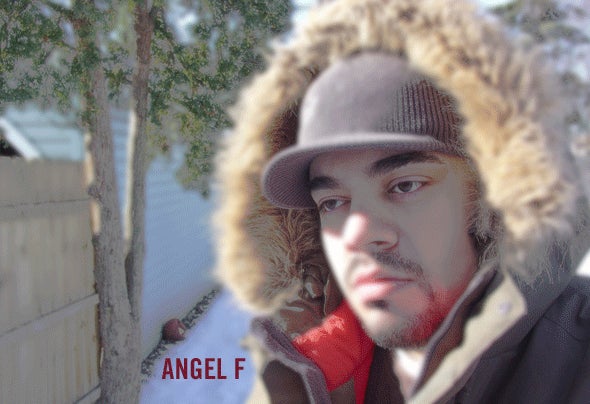 Angel F started his production career in ’98 producing hard & funk house for label like World Wide Records, Jasperstore, Greedy Records, and Envasion Records, Fusion (Chicago), Groove Project, and Fusion Synth, Angels most noticeable release was entitled “Strip” and was featured on the B96 Mixmaster Throwdown Vol. 4 spun by Bobby D. Never satisfied Angel F did not stop at hard house recognizing that music was evolving Angel quickly adapted and began production on several progressive track with his partner Eric Marquez, most noted for a track entitled “Sounds Around” which was heard on the top rated local CD by UC Music for 3 months called “Confusion Vol. 1” . A CD which Angel F produced along with the some production assistance from Jon Kennedy for now Crobar Dj, Nathan Scott. Confusion Vol. 1 & 2 can be heard here http://www.myspace.com/djangelf Born in Elgin, Illinois about 30 mile from Chicago, the house music influents on local culture was undoubtedly the fuel that fired Angel’s desire to begin mixing growing up and frequenting teenage clubs like Discovery, and Spinner in Elgin to see Kevin Halstead & Peace MC (Alex Peace). Angel quickly decided that the Dj life was the life for him. Listening to WBMX 102.7FM & WBBM 96.3FM in Chicago Angel developed his Dj style listening to, The Hot Mix 5 and B96 Mixmaster Bad Boy Bill, Julian Jumpin Perez, Brian Middleton, & Bobby D, Totally inspired Angel to achieve his goal, now in the present Angel has over 30 track released on digital and vinyl formats as well numerous CD compilations, and it seem that there is no end in sight, to level of success that this artist is willing himself to achieve. Angel has a clear vision of how he would like to mold himself as a produce, Dj, and label owner and not forgetting his roots and back ground he has designed his labels to strongly consider the little guy without the contacts to be heard, but that have the desire to succeed and a drive that matches his own. With this frame of mind Angel made his position clear in the industry with an interview on the top rate dance music industry site Beatportal.com (http://www.beatportal.com/news/item/meet-direct-drive-digital-records/) his non confrontational leader ship style and humble nature and willingness to help others out, has earned him the respect & admiration of his peers, and his ability to assert himself in the industry has him poised to be one of the next major house music moguls to come out, from Chicago. Angel F can be heard on the web at www.odu.fm as well as on his own page www.myspace.com/djangelf