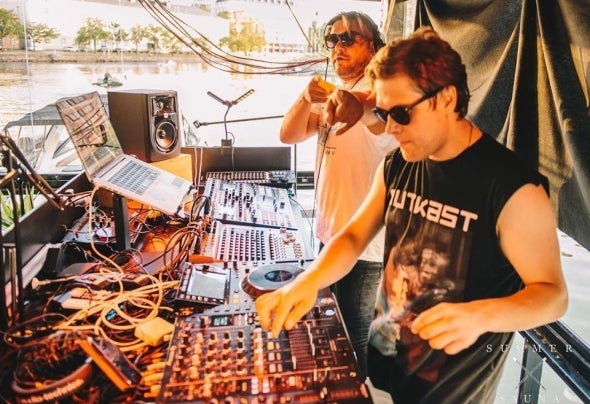 Alora & Senii, comprised of Finnish friends Markus and Severi, have written and recorded songs since they were little boys. They found their current sound in 2014, when their debut single 'Down By The Ocean' was released. The single’s streams have exceeded 3Million, which makes it certied Gold in Finland. The track gained success especially in Germany, where it was featured in their Spotify Viral 50 -chart and was added to huge playlists such as Chillout Lounge with over 800K followers. Markus & Severi has gained acknowledgement also releasing solid tracks with big record labels like Universal, KnightVision, Warner, Sony, Raison and Casual Jam Records. Alora & Senii is also known their energetic live shows. Guys have been playing at the biggest festivals in Finland: Weekend Festival, Raumanmeren Juhannus, Waterland Festival and many more. Club’s are also very familiar place for these guys as they are playing dozens of gigs around Finland. These hard-working guys are hungry for success and hope to release new music as much as they can in 2020.