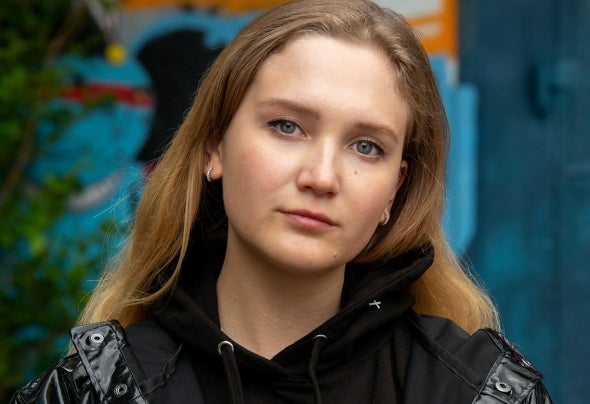 DJ & Producer from Switzerland with Russian origins. She shows her love and passion for deep Bass and punchy sound in her Productions and DJ Sets. She usually combines Bass House, Tech House and House in her sets. She is currently working on her first Album that is planed to be released by february 2020. Aleks is Resident of the local event Subspace which is having Taiki Nulight as headliner in october. In 2019 she submited to the DJ Growth Lab to educate herself and build a career in the Music Industry, mentored by Danny Savage. Since this decision she started to having international gigs like Ministry of Sound - London, Pikes - Ibiza, Free Yourself - Croatia, Funk in The Forest - UK, Mimik Deep - GER. Aleks came in contact with music at the age of 5 in the Russian School of Music where she learned to play Piano and Violin. She became fascinated by Electronic Music through her older sister which was listening to the Dance Hits of the late 90's. After moving from Russia to Switzerland she participated the Sportsschool but still experimented with some Music Softwares from time to time. With 20 she learned djing by herself, attended the regional DJ contest (New Eras) and since then started to play at various Clubs and Events in Switzerland. The interesst to produce Music came really natural along with djing. After only few months of producing she released her first Bootleg of Guitar Track from Sander van Doorn under her first alias Lexana.