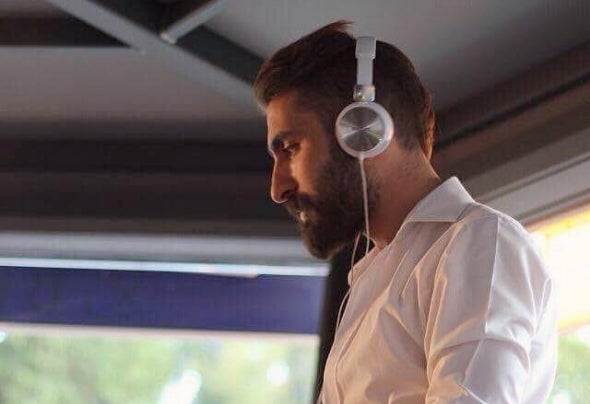 Cagri Karayigit, one of Ankara's successful disc jockeys, came to the world in Ankara on 30 October 1990. Karayigit started his DJ career in 2008 and managed to have a say in Ankara nightlife in a short time. Ankara and Turkey, performing at much famous night club, winning the admiration of the audience with its unique style Karayigit took an outstanding job in a short time. DJing career start, although a short time world and Turkey's leading artists Tom Snare, Gio Di Leva, Mahmut Orhan, Dogus Cabakcor, Vanilla Sky, Babutsa has shared the stage with Ogun Sanlisoy. He took part in world-famous DJ rankings such as "www.thedjlist.com" "www.djmag.ru.com" and www.thedjlist.com. Not limited to these, but adding a new success to his success, Karayigit got the title of DJ who plays the most in open-air festivals in Ankara in 2010. Karayigit, who made remixes of Turkish and foreign songs and delivered his works to his audience over the internet, proved that he will be successful in production by publishing his first work “Sax Disco” in December 2010. Karayigit, who signed many successful works until April 1, 2016, introduced himself to the world by making a magnificent introduction to Beatport, Itunes and Spotify with his work named 'Eyes' on April 1, 2016. The foresight of Karayigit's achievements and the appreciation of his work named 'Eyes' enabled him to take place in the album 'Deep House Summer Collections 2016'. 'For a dream' in 2017 and 'Ankara' in 2018, 'SU' in 2019, and 'IMPASSE' and 'ABOVE' in 2020, continues her career with 6 songs and remixes.