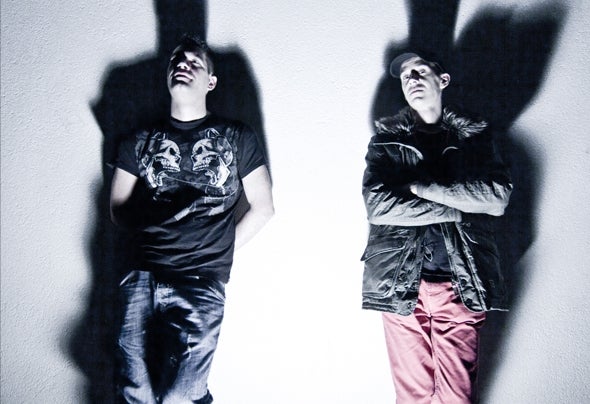 Antonio Gómez and Diego Quintián are the names of the artists behind the AGM&Quintrix project. The fusion of different sounds and influences of both, ranging from acid to techno, and including progressive house, deep, and tech-house, are able to mix and become a sound that is focused on the dance floor and which groove has made people dance in almost all electronic nightclubs from Galicia. They have taken their live performances to clubs such as Morocco, Bambina, Bauhaus, Fanzine, Olagreen, Pause&Play, Becool, Spazio, Salsabor, Dclap, Caiman, Tessor, Ink, Boa Lúa, and Medulio, to name a few, as well as to different festivals such as Freshweekend, Brincadeira, Elviñasona, Malpica, and Ullatech... on el Jaded At Chable in London. Since 2011, they are the resident DJs of the emblematic parties from DClap and Go Events held at the Tressor club in Coruña. Without doubt, 2011 was the year of AGM&Quintrix.Together with Jesús Blanco, they are the directors of Triple Recordings, a record label focused on Galician artists. They also collaborate with many national and international record labels like Outpost and Liquid Grooves, to name a few, as well as with the main Galician labels such as Aegyptia and Nulable, among others. Collaborating with all these labels has given them the opportunity to produce remixes for renowned artist such as Funk D’void, after wining his remix contest, and David Granha. Their productions have received from Hernan Cattaneo, Gabriel Ananda, Funk d ́void, Martin Garcia, Jerome Isma-Ae, Sander Kleinenberg, Dave Seaman, Markus Schulz, Anthony Pappa, Max Cooper, Manuel Sofia, David Granha, Diego iglesias, Gai Barone, Pete Mccarthe and many more.Along with producer Oscar López and the radio announcer from “frecuencia de baile”, Jas, they founded the Galician Association of Electronic music (Asociación Electrónica Gallega), dedicated to promote Galician artist using the web. They recently published their first free sounds and loops sample pack in the website Findremix.com, which was tremendous (over 10,000 downloads and critical acclaim in various specialized pages). The second part of the sample pack will be released soon.